Gravity Media counts down to the FIFA World Cup Qatar 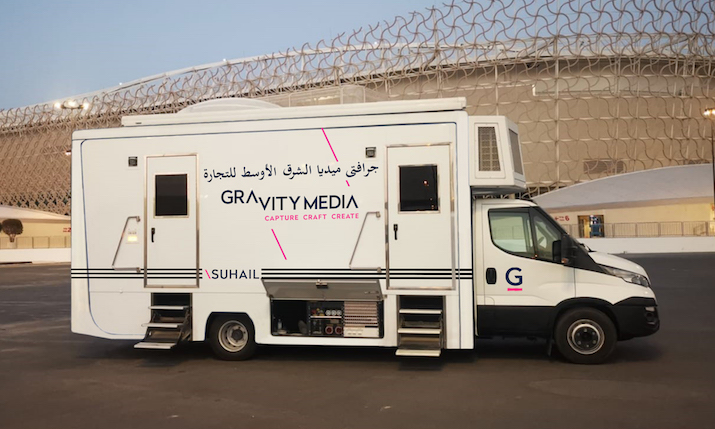 The countdown is officially on to the eagerly anticipated Qatar World Cup 2022, with just 100 days until the tournament kicks off.

Adding to its previous World Cup pedigree, Gravity Media, which has been the go-to media and broadcast partner for the last five events, has been busy equipping the host stadiums with permanent broadcast and communications infrastructure fit for such a large-scale, high-profile event.

With extensive experience in stadium fit-outs and big-ticket live events, Gravity Media was commissioned to support the redevelopment of the Khalifa International Stadium in Doha – the first World Cup venue to be readied – as well as Al Bayt Stadium, Ahmed Bin Ali Stadium and Al-Thumama Stadium.

All the projects are being run and managed out of the company’s Doha office, with wider global support.

Gravity Media has had a permanent operation in Qatar since 2007, servicing the burgeoning demand for live sport, entertainment, conference, and cultural event coverage across the region.

Furthermore, the Gravity Media local team has recently taken delivery of a newly commissioned outside broadcast mobile unit, Suhail, which has been designed with DSNG capabilities and can take up to six fixed cameras and two RFs, as well as seating a crew of seven. It was successfully deployed for the World Cup Draw in April supporting a high-profile rights holder.

Edward Tischler, Gravity Media MD – EMEA, commented: “Live and near-live coverage in football is where many of Gravity Media’s diverse capabilities come together, from consultancy, planning and design, to engineering, pre-production, logistics and crewing.

“At every stage of an assignment, we provide the kit, the people and the experience to ensure the project exceeds expectations. This includes live broadcast services, fast-turnaround highlights and full-time edits, along with scripted, voiced and ready-to-air highlights programmes at the end of each match night.”