Gravity Media Group (GMG), the owner of the production and broadcast services specialists Gearhouse Broadcast, Hyperactive Broadcast and Input Media, has appointed John Currie as its head of technology. 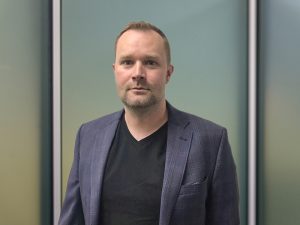 Currie joins GMG from Magenta Broadcast, a London-based systems integrator that he co-founded in 2015 as technical director.

In his new role, Currie will be responsible for the research and implementation of technology for GMG and assist in the development of technical strategies.

At Magenta, he specialised in the design and delivery of cutting edge broadcast systems and infrastructure for systems on-premise, cloud and hybrid for live, post and playout customers.

Prior to that, Currie was a trusted server engineer at Gearhouse Broadcast, focussing on large server systems and tapeless workflows that were used for international flyaway outside broadcasts and long format events. He started his career within the broadcast industry as a runner at 021 Television.

Discussing his appointment, Currie said: “I spent six exciting years at Gearhouse Broadcast earlier on in my career, where I experienced first-hand the business’s appetite for using the latest technology, so it’s great to return to Gravity Media in this strategic role. These are exciting times for the group, with impressive headway already made in the deployment of remote production, IP-based workflows and high-resolution formats, and I look forward to pushing these boundaries further.”

Peter Newton, technical and operations director at Gravity Media Group, commented: “During his time with us, John repeatedly demonstrated a detailed knowledge and understanding of the latest technology and how it could be used to enable to deliver an even better service to our customers. As our businesses continue to expand around the world, it’s important that we have both a focussed and dynamic technical strategy, and in John, we have the perfect person to do this.”