Guest Comment: The future of IP contribution and remote production 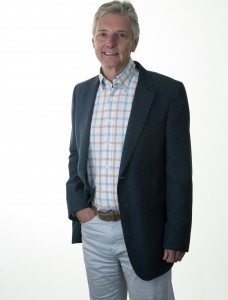 One major shift in remote broadcasting from events like sports is the way the signals get back from the stadium to the studio, says IABM director of technology and strategic insight John Ive. In the past this has relied on dedicated broadcast circuits, either over permanent cables or line-of-sight microwaves, but more recently satellite uplinks have become the norm.

These work well, but are relatively expensive and have restricted functionality. In addition to a production truck, it may be necessary to drive yet another vehicle driven to the venue and a dish set up. Occasional use satellite bandwidth and other dedicated links have to be booked and paid for.

In some countries transformation is coming from the investment by telcos installing high capacity fibre, as long-distance backbone circuits and to provide access. Couple this with the changes in our industry which allow us to send audio and video over IP in a deterministic way, and the solution is complete.

Rather than setting up a relatively expensive, specialist broadcast circuit, production companies are increasingly turning to IP contribution circuits. Broadcast vendors offer network management tools alongside encoding and encapsulation, which allow routing and redundant paths to be set up and connected as needed.

There is another fundamental difference. Broadcast circuits are normally booked by the path: a video feed, for example. IP circuits are booked by the bandwidth. So smart production companies and broadcasters are doing multiple things with the circuits they book… sometimes even over the open Internet.

Firstly, IP links provide communications, access to central databases, and reverse cue video over the same path. Secondly, and more importantly, it allows for more than one video feed to be sent from site. That facilitates home and away feeds, for example, or for additional red button content.

The logical extension of this is remote production, whereby the cameras and microphones are sent to the venue, but each is fed back individually over the IP circuits, and production is carried out at the broadcaster’s base. It saves the cost of sending a large outside broadcast production truck to the venue.

There are also cost savings in travel time and expenses for some staff. Directors, editors, replay editors and other staff will also be more comfortable, and therefore more productive, working in a familiar environment. There will be greater utilisation of the hardware, too, adding to the cost-efficiency.

Remote production using multiple cameras connected to a central studio over IP has been a reality in Scandinavia for some years. Recently, the American Pac-12 network of western states universities has moved all its 850 live events a year to remote production; it claims to save between $12K and $15K per event. An added benefit is that much of the production system can be quickly re-used for another event because there is no need to transport it from venue to venue.

One concern about remote production is that, isolated from the event, it is hard to feel the atmosphere, to know what is really going on. Commentators and pundits are normally sent to the event for this very reason; they can still pick up the stories around the game, and spot off-the-ball incidents that you never see if you are commentating off the screen.

In an ideal world, the cameras would be linked back to the production suite uncompressed, for maximum quality and minimum latency. However, there may be a physical limit on the amount of bandwidth available from the venue, and there may be budgetary constraints.

For this reason, most remote productions may use light compression to make the best of the available bandwidth. The EBU recommendation for contribution circuits is a minimum of 100Mb/s I-frame only, although the actual optimum rate depends upon the programme genre.

When looking at compression for remote broadcasting, the choice tends to be between JPEG2000 and VC-2, both offering somewhere around 4:1 compression. The advantage of these high quality codecs is that the signal they deliver to the production suite is clean enough for post-production editing.

When choosing a compression scheme, as well as quality you need to consider latency. Any two-way interactivity between the studio and the venue needs to keep latency to a minimum. In any case, remote production – with the director on one end of the circuit and the commentators on the other – needs minimal latency to get the best out of the content.

Remote production may never be suitable for the biggest events, with 25 or more cameras. The cost of bandwidth begins to rival the cost of sending a truck.

On the other hand, remote production makes it practical to cover niche sports, lower-tier events and other content it would not normally be cost-effective to show. Sports channels can fill the schedule with live events, and more leagues and sports can be seen, building interest in them.

Technology pundits sometimes talk about the democratisation brought about by the change in broadcast systems from bespoke hardware to software to services. One of the visible benefits of remote production is the democratisation in coverage of sports which otherwise are rarely seen, made affordable and practical by technology.