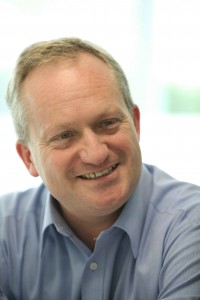 Replay using disk based systems in sports events has maintained a consistent fundamental workflow since its inception during the 1980s, writes Tim Felstead, Head of Product Marketing, Snell Advanced Media (SAM). In sports replay workflows V1.0, users still persist with a basic record to and playback from a block of recording disks fast enough to handle a limited number of signals simultaneously.

These islands of recording are grouped together as blocks of inputs and outputs to form larger systems depending on the show to be made, number of sources, number of operators required, etc. These islands also determine the size of multi-cam groups such that the limit is the number of channels recording into one such block. Networks between islands of recording provide some streaming and exchange mechanisms for material, but these remain limited in capacity and quickly hit operational and technological hurdles.

While ancillary systems can allow browse, logging and some editing functions these fundamental limits concerning high data rate, high quality material have remained with us for years. With the advent of higher bandwidth demands such as HD, 3Gb/s progressive images, UHD material and 10 bit Wide Color Gamut and High Dynamic Range content these problems have been seriously exacerbated.

For craft editing and other workflows separate systems are required necessitating transfers or copies to be made to secondary storage areas, further occupying valuable network infrastructure and increasing overheads.

In answer to the question, ‘when is sports replay not instant?’ the answer is ‘when the sports production workflow needs to break the v1.0 architectural limitations’.

SAM has developed recording replay and editing solutions that solve all of these issues enabling production opportunities previously unavailable to customers.

We have broken the ‘islands’ model by enabling localised storage blocks to use gigabit Ethernet networks between them intelligently and efficiently. The consequence of this is that solutions need not be designed in chunks wrapped around multi-cam group limitations, they can instead be designed considering inputs, outputs and operators to better suit the operational show demands.

Furthermore, replay operators no longer have the restrictions of port access in v1.0; instead they can access material from any input port designed into the system, instantly.

While the outputs controlled by operators are completely dissociated from inputs, the same is true of the IP based control panels which are no longer associated with a block, chassis or island of storage as in v1.0. By using intelligently designed IP replay operator panels, based around highly familiar operations, operators can take control of any replay output available to them.

In addition to this, SAM has fully integrated the functions of replay and craft editing together into the same system. This means the same, or parallel operators, at the touch of a button, can begin craft editing with the very same clip list that was being replayed moments earlier. 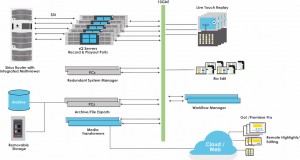 Being fully integrated together means that there is no longer a requirement for separate editing systems alongside replay servers. Nor are there requirements for moving or copying material over networks in SD, HD or UHD formats. With higher data rates and more demanding colour spaces or dynamic range images to deal with, the avoidance of copying and moving media becomes a critical advantage.

Remote editing is enabled with ancillary systems that SAM has introduced in v2.0. By developing an HTML5 based-edit solution that integrates with the replay servers, adaptive bitrate encoding enables distant viewers, loggers or craft editors to directly and immediately access the same EDL’s and clip lists being created by the replay operators. Furthermore, these remote functions can be integrated with the commonly available Adobe Premiere via an HTML5 based plug in giving the same remote access over as little as a 1Mb/s connection pipe.

Based around our Rio color and finishing solution, SAM’s integrated editing tools also encompass features now being demanded in live sports workflows. These include high dynamic range, wide color gamut, non-TV aspect ratios (for social media or mobile phone footage integration) along with a host of capabilities used on high-end film and drama productions such as Avatar and Interstellar, Gone Girl, Noah and Lincoln to name just a few. Being a 10-bit native recording and replay system v2.0 brings another level of creative speed to sports professionals.

Core technology has enabled the creation of SAM’s sports replay workflows v2.0 and without these building blocks faster more flexible and instant workflows would not be possible. Important points to note: