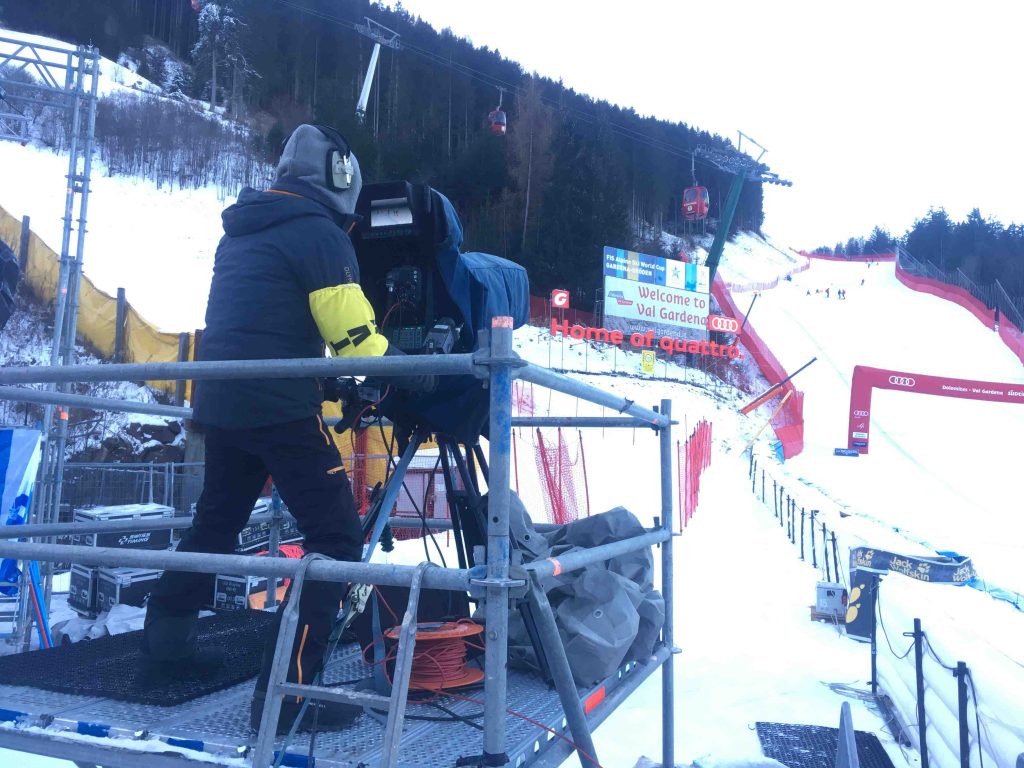 The signal produced in Italy was not distributed in UHD HDR but its conversion to HD SDR went to all the world’s largest broadcasters and the event was designed as a real-world test to get ready for a forthcoming 4K TV airing.

Global Production, as technical provider worked with Infront Sport & Media Italy, holder of the rights of the Ski World Cup. The mobile vehicle engaged, OB8, used as many as 25 GVG LDX 86N UHD HDR cameras of which three were in 6x configuration along with four EVS XT Via production servers and XT3 Channel Max configured in UHD and 1080p.

Davide Furlan, CEO and partner at Global Production, said: “Never has the ‘white’ been so exciting and the result so incredible! We can say that we have opened a new era for the TV production of the world ski races. It is a new world reproduced, where the spectators at home will feel really there on the slopes, thanks to the new definition in 4K UHD and the new colour perception closer to reality provided by HDR: new colours, new sounds and new emotions.”

It took three days to wire the track and connect the 25 LDX 86Ns, positioned by Infront director Sandro de Manincor, with the support of the FIS for security issues. The technical staff hired to produce the event consisted of almost 60 people. The organising committee made a portion of pre-wired optical fibres plus some dark fibre sections available.

Stefano Bianco, a director and partner at Global Production said: “To follow the various competitions on the different ski fields we sent two mobile reference vehicles, the OB6 and the OB8. The OB8 unit is the last 14-metre flagship with over 70 square metres of walking space, completely in 4K UHD, capable of handling 30 cameras in 4K UHD.

“The other, the OB6, is also a 14-metre vehicle with great technological and performance content, 64sqm, capable of managing 30 GVG LDX 80/LDX 86N cameras and 10 servers, already fully wired in 3G. 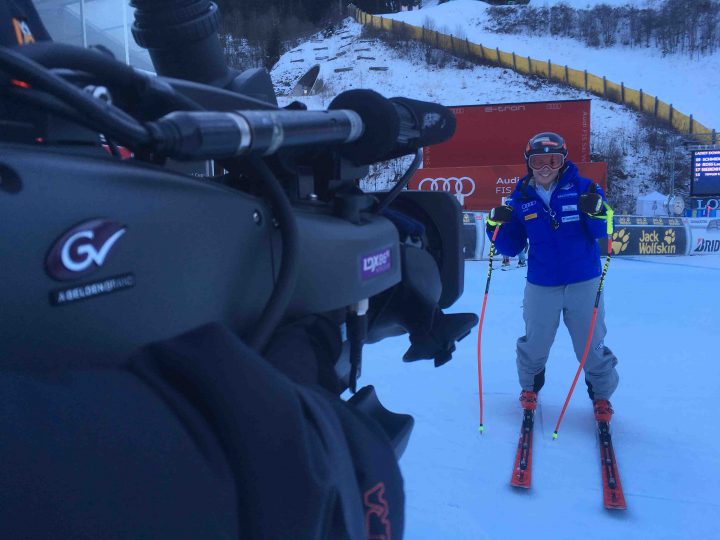 “In Val Gardena OB8 was engaged for the production of the 4K UHD signal with 25 LDN 86N cameras that covered a shooting surface of around 4800 metres of very steep slopes. Two Gigawave radio cameras, one at the start and one on the parterre, a Polecam at the start and two Jimmi Jib Extreme arms completed the event camera plan,” said Bianco.

The core of the technologies used for production within the OB8 were the Platinum IPV3 matrix by Imagine Communication: 512 x 380 in/out 3G with 488 different sources for multiviewers in 3G HDR.

Thanks to the interaction between the Digico systems and the Lawo VSM audio control interfaces, the shots were made in total “intelligent audio-follow-video”, as the GVG K-Frame commanded the pre-set Digico audio channels with a management programming of audio matching with video with fade-in and fade-out timing and left-right pan-pot movement depending on the type of cut and framing made by the director. 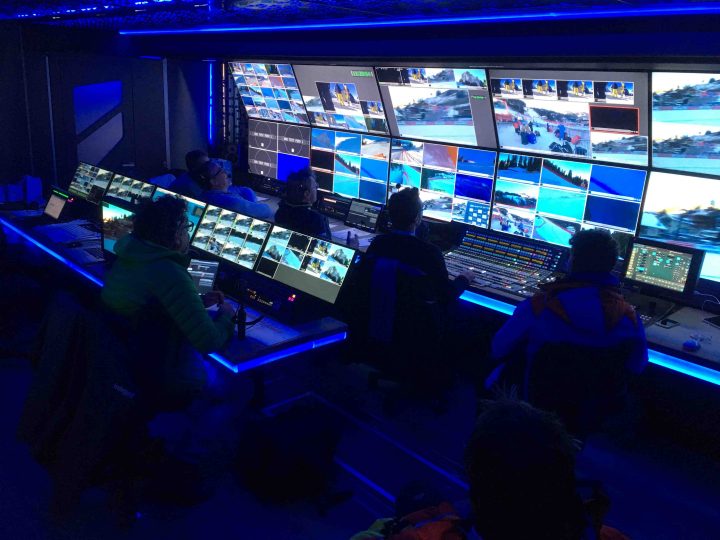 An omnidirectional Soundfield microphone was placed on the parterre to capture the spatiality of the fans’ cheers recreated in Dolby 5.1 surround. All the sources, the Dirty Feed and Clean Feed converted into HD SDR were distributed to the TV compound for international broadcasters: in addition to RAI, the ORF, ZDF, RTBF and RTV were taking feeds.

Stefano Bianco said, “truly a major event and commitment, that we have prepared for several weeks within our company and then one week on-site, using three days only for the wiring along the track. This was an historic opportunity in which we had to pour so much expertise and a lot of technology to make it as beautiful and usable as Infront, FIS and the committee rightly expected.”

Davide Furlan added: “When months ago I proposed to Infront executives to produce the Val Gardena event in 4K UHD there was immediately a great interest but also an understandable concern for the complexity in producing this event. Skiing has, by its nature, a very high production difficulty rate for the environment that hosts it, temperatures are not comfortable for man, not to mention for electronics, weather conditions are very changeable and very long travel times are needed due to the topography of the territory that obliges the use of skis, lifts, helicopters, skidoos and snowmobiles.

“The communication systems must also be very reliable, ensuring coverage of many square kilometres. Due to all this we understood the concern of Infront’s managers in inserting a technological element of innovation and radical change such as 4K UHD HDR that had already seen productions in football with a quality considered below expectations and received some controversy from viewers at home.

“The project, however, was carried out and the result was truly incredible: those who have seen at home the competitions in HD SDR did not notice anything thanks to the high quality of the downscaling equipment on board.”

This is the first time that such a huge deployment of technologies, personnel and means was employed for Alpine Ski World Cup. Everything worked in extreme conditions, far from the comfort typical of other production situations in other sports.