Imagination realised: Imagine on sports video in 2022 and what it means for 2023 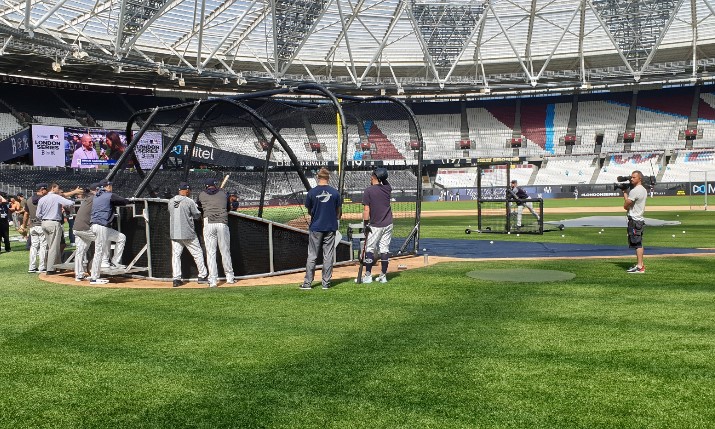 In many ways, 2022 was a year of realised dreams for those who developed and evangelised the SMPTE ST 2110 standard of media over IP. After the remote workflows boom of 2020-2021, we saw a return to ultra-high quality in-venue production, and ST 2110 was ready to deliver.

The IP descendants of SDI systems provide extreme flexibility and power in small packages, allowing our industry to cover more events than ever before. But sheer volume was not the end game in 2022, with the simultaneous push for even higher quality media in professional sports production reaching fever pitch. UHD and HDR were not enough for the 2022 Beijing Games: we saw 8K! HD with high frame rate is not enough in some venues: the pros want UHD with high frame rate!

One of my favourite ST 2110 success stories of the past year is of a professional sports stadium that elected to change from an HD production to a UHD production on the night before the season home opener! The system was designed for full 1080p uncompressed in ST 2110. Thankfully, there was enough headroom and physical infrastructure to support UHD bandwidth, and the change was executed within hours via software keys and configurations.

While IP (and a stacked calendar of high-profile events) gave sports fans plenty to cheer about in 2022, it also worked quietly behind the scenes, enabling production teams of all sizes and in all sectors of the industry to do a lot more with a lot less.

For example, college campuses in the US are electing to move their SDI systems to IP, giving them the power to treat the entire campus as a series of studios dynamically connected to one router. More signals moving over the same glass, along with bidirectional access to any resource on the fabric, allows even small production teams to cover more sports. This also drives more return on investment for each aspect of the system, such as an up/down/cross-converter at the basketball arena that is now available to any other part of the system with a simple Destination > Source > Take route.

Many production teams are also thinking beyond a single programming path to video boards or broadcast; they are simultaneously producing content for streaming to the boards, televisions, and mobile apps. The new bidirectional 100G and 400G fibre paths are not only making it easier to produce the shows we did in SDI, but we are also finding new ways to use that bandwidth by linking control rooms to trucks or other buildings as one large media fabric.

With remote production and IP COTS switch technologies, production teams are rapidly realising how much more they can do with their control rooms and studios, allowing teams distributed across the globe to perform as if they are together in the same building. The SDI versions of these workflows required multiple router frames, distribution amplifiers, demux and mux devices, etc., and expansion required a forklift with new crates of gear. Today, a well-planned COTS solution can provide more than 10 times the flexibility and is far easier to expand if the limitations of your physical equipment are reached.

Of course, all this capability comes at a price. And price was top of mind for everyone in the industry in 2022 thanks to another major force: supply chain issues. Every technological piece of hardware in the world experienced delays or availability problems due to global supply chain impairments. Some projects were delayed; others went with less favourable technologies simply to make a deadline. In 2023, I expect this conversation to deepen.

The initial buy-in of an uncompressed IP system has always been difficult to match against SDI pricing (with the exception of large or distributed systems). On the other hand, SDI to IP pricing is not an apples-to-apples comparison, and there are multiple factors to consider that are not easy to quantify.

For starters, mature SDI equipment is constantly being “priced to sell.” And our industry has been trained for years to think that good, fast, and cheap can be achieved together in every project. But as noted earlier, we are always pushing the bounds of whatever technology is available. The local television station that was completely satisfied by a 256×256 HD-SDI router several years ago is now being asked to do UHD handoffs with a network headend — and the beep-beep of the forklift can be heard at their door.

Faced with continuing economic uncertainty as we head into a New Year, I believe that 2023 will bring about a long overdue, sober discussion about the end-to-end, lifetime value of our media production systems. I’ll get that conversation started.

If something sounds too good to be true, it probably is. I can find good and cheap, but it may not be fast. If I want perfect 8K plus HDR, right now, it’s not going to be priced to compete with an SDI router based on a 15-year-old cross-point technology. If the production requirements of my system are evolving every other year — from HD to UHD, HDR, virtual reality — maybe the old 7-to-10-year system lifespan isn’t going to offer enough opportunity for change. 2023 may be the year of many sudden system overhauls as HD-SDI designs from the last five years are suddenly pressed into UHD+HDR IP-hybrid configurations.

Despite the challenges, we are in a really good place right now — especially when we leverage industry standards and specifications. It is not only possible to have systems with a combination of SDI, IP, old and new; I suspect that every system on earth has a hybrid configuration. If you are willing to embrace new technologies and carefully weigh the needs of your project, almost anything imaginable is possible.