This week the Hero Caribbean Premier League (CPL) begins play in Trinidad and Tobago and it marks the return of Twenty20 cricket since the pandemic began for fans around the world. Sunset & Vine are at the centre of the TV production whilst WSC Sports will help the event have a larger presence thanks to its AI-based real-time highlights platform. And with an audience of 312 million last year the efforts will be more important than ever. 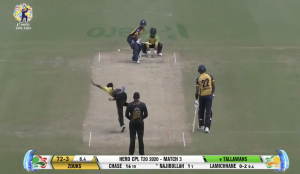 The CPL’s use of WSC Sport technology makes it easy to publish highlights to social media, partners, sponsors, and more.

“Sunset & Vine are real experts at cricket production, and they have our full trust that they’re going to make it an impressive product,” says Chris Watson, CPL, head of marketing.

WSC Sports will help make it easier than ever for the CPL social media and editing team to crank out highlights from the 33 matches that will be played over 18 days. The partnership will provide local audiences with customized player highlights for overseas stars such as Rashid Khan, Imran Tahir and Chris Lynn. CPL will also live stream every match to select markets on social media platforms with easylive.io broadcast technology.

The programming stream from Sunset & Vine will be processed by the WSC Sports platform which will apply AI to identify key moments in a match. Watson says WSC Sports was one of the few companies he has met where he thought the application was a no brainer. 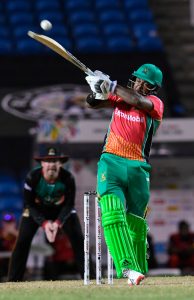 “I’ve had a few ideas that I thought were very good but got shot down by the boss but when I took this to them, they thought it was a no brainer as well,” he adds.

Watson says the ability to automate video clipping as well as index the content has been a game changer as, historically, the focus was on the broadcast and then the team would retrofit that content for social media and other platforms.

“It was a one-size-fits all approach but WSC gives us the potential to create stuff in real time and put the clips out straight away, even during the games as they happen,” he explains. “And we can create all different manner of sizes and shapes for different platforms and different partners like broadcasters and sponsors.”

The CPL full-time team is not a large one, so having a system that can make it easier for staff to create top-quality clips easily has made content output multiples of what was previously possible.

“Suddenly we can produce bespoke highlights or clips for YouTube, Facebook, and Twitter,” he adds. “It opens up so many new avenues for us and is just really exciting.”

Guy Port, WSC Sports Head of Asia Pacific, says the key is the use of AI, the backbone of the technology. The WSC system works by inputting the match stream and then the platform identifies the beginning of a play, like the bowler running up and the action of his arm for the start of the clip and then various results, like a catch or dead ball, for the end of the clip. It then indexes every bowl and turns each into unique video files. Play-by-play metadata from Opta adds additional context, like players involved, score, etc. to enrich the clip.

“We’re not limited by manual resourcing and able to focus on growing scale, speed, and personalization to tell different stories around a game,” explains Port. “The benefit of that is that even a one-person team can stand really tall and focus on storytelling and the creative and strategic elements of a clip. It allows us to reach markets outside of the game that we previously could never cover. It’s very much additive.”

Adds Watson: “It’s definitely not a replacement for people as it allows our team to open up new social media channels that we haven’t been able to unlock before. And then we can optimize the content for those channels.”

It also allows for easier creation of graphics overlays, intros, pre-rolls, post-rolls, as well as more value for sponsors.

“Hopefully it will more than pay for itself and add value to our business,” says Watson.

The team already has 30 Dropbox links set up to help fire off clips to social media platforms, rights holders, and sponsors.

“We’re not even scratching the surface yet,” says Watson.

The whole production team is on the ground in Trinidad and Tobago and while Watson is back home in the UK he can still dial into the platform and create video clips.

“The beauty of it being cloud based is I can access it from anywhere,” he adds. “And, to be honest, my internet connection is probably better than that at the stadium.”

The WSC Sports platform can play a big part in helping CPL activate sponsorships around the globe, including India which is a growing market for the event. Plenty of sponsors are focused on the Caribbean market, but increasingly the benefits of leveraging a piece of content to reach thousands or millions of people rather than a few hundred or thousand at the physical event is becoming clear.

“A lot of the activations are very much more digitally focused this year,” says Watson. “We will cut pieces of sponsored content and push those out as standalone clips and there is definitely more appetite from sponsors to get involved with digital properties. That’s the biggest growth area for us.