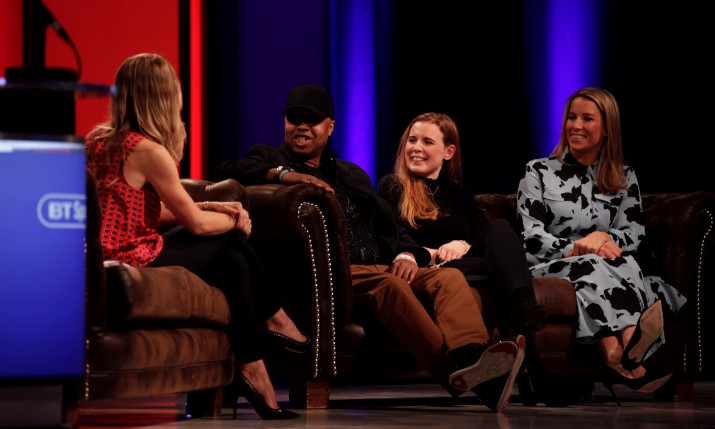 The second SVG Europe Women Winter Networking Event, held in partnership with BT Sport and Timeline TV, featured the live filming of ‘The Abi Stephens Show’ (pictured, above) and included ‘The Big Debate’ which pitted the brains of engineers against educators on the subject of inclusion in engineering.

The evening culminated in the presentation of the inaugural SVG Europe Women Achievement Award, recognising outstanding achievements in sports broadcasting by the BBC’s director of sport, Barbara Slater.

More than 200 men and women from across the sports TV community attended the event, with representation from broadcasters, production companies, services providers, technology developers and more. 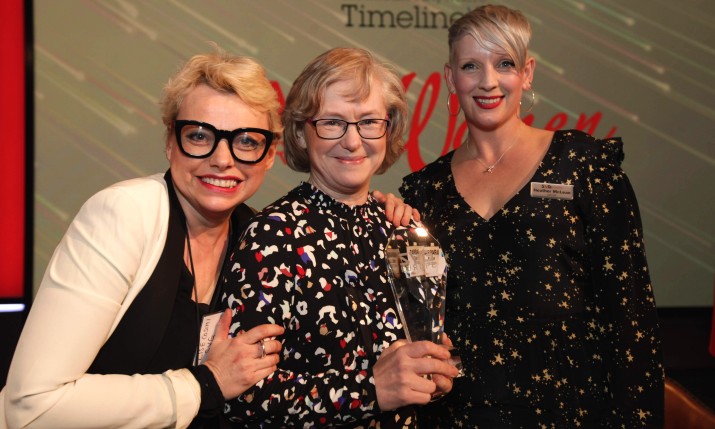 Following drinks and networking, the event kicked off with an introduction from sports presenter Sarra Elgan who, in turn, invited Heather McLean, SVG Europe editor and the internal head of SVG Europe Women, onto the stage to discuss the initiative, its purpose, and where it is going.

During the conversation, McLean described the initiative as being “about bringing more diversity into this industry” and generating “the momentum that is needed to maintain progress.”

“If your workforce lacks women, you’re missing out,” she said. “Women need to be represented, and they bring a fresh, broad insight that we all need.”

Next up was ‘The Abi Stephens Show’ which was filmed live – with audience participation – in a chat show format.

The guests discussed women and inclusivity, how to encourage greater diversity in sports broadcasting, and the importance of strong female role models.

The production of the show was filmed by a crew from BT Sport and will be edited into a ‘making of’ programme that will be used by SVG Europe Women as an educational resource for young people looking to move into, or to learn more about, broadcasting roles behind the camera. 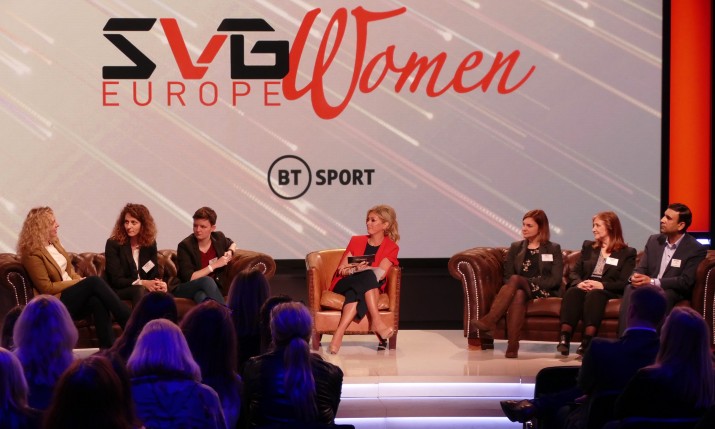 After an introduction to the educational initiative Rise-Up from director Carrie Wootten, Elgan took to the stage once more with three engineers and three educators in a session titled, ‘The Big Debate: Engineers versus Educators.’

Speakers discussed, somewhat heatedly at times, what needs to be done to bring more women into both engineering careers within sports broadcasting and to develop the educational tracts to get them there.

Topics included the disparity between the desire and the educational prerequisites that deter or prevent women from going in that direction, as well as the value of learning on the job.

The speakers on the engineering side were:

The speakers on the education side were:

The finale of the evening was the presentation of the inaugural SVG Europe Women Achievement Award 2020.

BBC’s Slater picked up the award, which was presented by Stephens, McLean, and Lise Cosimi, external head of SVG Europe Women.

Rounding the evening off before guests returned to the bar for more networking, McLean announced the launch of SVG Europe Women Speakers Corner, a managed database of female speakers that will be made available to the whole industry. Its purpose is to increase the number of women seen on stage across seminars and events in Europe. Further details will be revealed in due course. 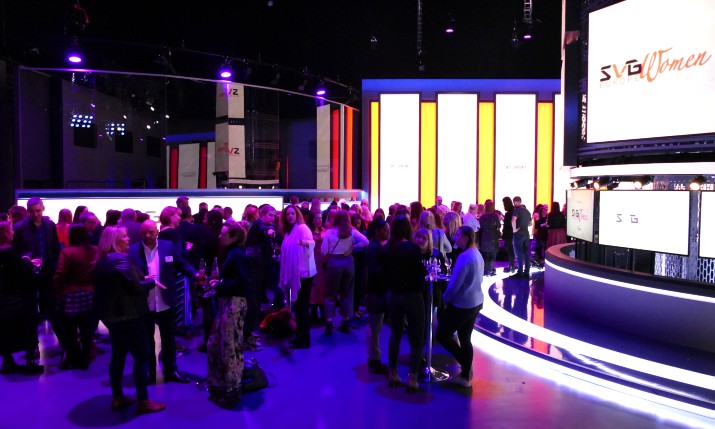 Stronger together: Attendees enjoy a drink and a spot of networking at BT Sport in London