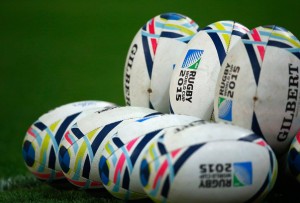 TV3 made use of Yospace ad insertion throughout the 2015 Rugby World Cup.

TV3 wanted to serve its audience with relevant engaging advertising so they needed to identify the technology that would provide seamless content replacement, at the scale of demand anticipated for Rugby World Cup 2015 campaign.

Yospace provided its unique server-side solution, splicing personalised advertisements into the live stream before they reach the player. By taking information on commercial break patterns from the broadcast playout automation, and on the advert creative to be added from the advertising decisioning engine, in this case Ooyala Pulse, Yospace creates an output tailored to each individual user that has the professional look and feel of a broadcast channel output.

The system implemented at TV3 for Rugby World Cup 2015 utilised Yospace’s ESAM (Event Signalling And Management) server, which provided the link from the broadcaster’s playout automation to encoder, ensuring the stream is correctly conditioned for the yospaceCDS platform to perform the ad insertions. By manipulating the HLS manifest for each user session, yospaceCDS can make individual ad calls to the decisioning engine, thereby ensuring a more relevant and personalised viewing experience.

“One of the advantages of the structured, modular architecture Yospace provide is that we can implement systems for event television, like our initial installation at TV3 for the rugby,” said Tim Sewell, CEO of Yospace. “Our experience in delivering dynamic content replacement systems to broadcasters big and small allows us to reliably scale the infrastructure we need to ensure that we can meet the biggest peaks like Ireland’s big win against France.”

The TV3 dynamic advertising replacement project continued throughout the entire Rugby World Cup and, following its success, has been adopted as an ongoing service. Viewers will be able to continue streaming major sports events, as well as all other TV3 programming, on web browsers and TV3 players on iOS and Android devices.