Joined-up thinking: Inside the new generation of combined audio and video production systems

Grass Valley’s Kula AV – a multi-format video and audio mixer – was one of the most high profile of several combined AV production systems launched at IBC 2019. Oriented towards more streamlined and space-restricted applications, including remote production, these solutions look set to presage a new generation of integrated systems with extensive video and audio functionality. 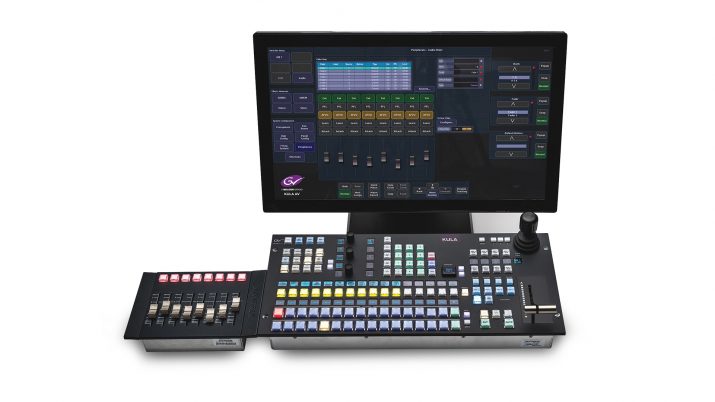 The logic of such solutions in terms of space and operational burden does not require too much unpicking – but the implications for personnel and workflows could be more complicated.

SVG Europe spoke to vendors and service providers to assess the role of these systems and consider how the scope of combined technologies might expand in the future.

The messaging around the Kula AV system emphasises its multi-purpose remit. Capable of mixing video and digital or analogue audio, Kula AV also has built-in multiviewer capability and is designed for smaller broadcast operations as well as venue productions, corporate projects and houses of worship.

Geared towards single operator usage, Kula AV’s 2RU mainframe offers a specification including 1 ME HD switching as well as FormatFusion3 technology to auto-sense and convert SD, HD and 1080p to the required outputs for unrestricted mixing of video signal types across all inputs and outputs.

But what is most striking about the system’s capabilities is its extensive and fully integrated audio mixing capabilities, which include embed/de-embedding, clean and quiet audio switching, and audio-follow-video mode for simplified control.

Mark Hilton, vice-president, live production at Grass Valley, confirmed that space constraints remain a primary driver of R&D in this area. “Supplying solutions with additional features is hugely beneficial for users because it reduces the space required for the equipment,” he said. In the case of Kula AV’s audio functionality, the combined solution allows users to deploy it in “even the most confined spaces.” 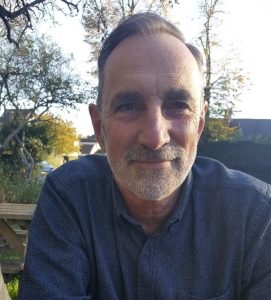 But he also readily acknowledges the potential pitfalls: “Deploying these combined solutions does slightly reduce creative flexibility and generally doesn’t necessarily benefit every single type of production. Overall, though, the advantages far outweigh the drawbacks and we will continue to see widespread adoption of these solutions.”

Inevitably, the rise of remote production and the ever-escalating demand for extra content will add further impetus to proceedings. “Broadcasters will explore remote production workflows to reduce the amount of equipment and resources needed on-site, thereby reducing the cost of content creation and distribution,” said Harrison.

“For instance, if the capital cost of a single OB van can be halved it becomes possible to deploy two units at two different locations at the same time. With IP scaling any need for additional capacity on-site can be supported by bringing both units together easily as one larger resource.”

The role of storytelling

Speak to Matt Allard, product marketing manager for Vizrt Group – which as of this year now includes NewTek – and one forms the impression of the current trend towards combined production solutions having a much longer historical trajectory than some might think. NewTek, he said, “kicked off the original combined production system with the Video Toaster in 1990. That system evolved to become the first TriCaster introduced in 2005. Today there are a variety of systems available at various price points, but TriCaster still remains the product line with the largest installed base.” 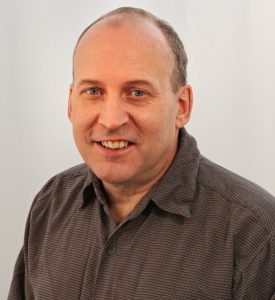 Like the other contributors, Allard readily acknowledges the importance of space and minimal personnel requirements to the popularity of these systems. But, he said, “the largest influencer on why such combined systems not only remain popular but are growing in number is that the desire for visual storytelling is expanding well beyond just traditional broadcasters.

“There is an increasing amount of people in educational, corporate, government and religious organisations driven by the constant use of video on social media, and for mobile devices that want to add video to their storytelling capabilities. [Simultaneously] broadcasters are bringing alternative digital media channels to life that output to the internet in various ways, including interesting hybrids like visual radio.”

Combined systems also tend to facilitate more extensive automation, including the ability to cover additional tasks and create entire programme or event sequences. Allard outlines a few examples involving NewTek solutions: “Live Story Creator takes text, headers and command in Microsoft Word documents and uses this for anyone, including talent, to run a show from an IP-connected teleprompter that includes control of video switching, effects, clip playback and graphics.

And as users of combined systems may not have production experience, custom software control panels can be built and deployed remotely using Live Panel from NewTek for production staff to have an optimised interface that permits them to focus just on what is needed for a particular production.”

The ability for sources to be routed more flexibly will pave the way for greater options in terms of personnel and equipment. Allard believes this will also be good for storytelling: “In remote production scenarios the combined system can remain back at a dedicated facility connected to cameras and other sources over the network – giving producers more options for storytelling available at any given time.”

The specific circumstances of Blackmagic Design’s recent past mean that it is well positioned to respond to the combined AV trend. In late 2016 the company announced that it had acquired broadcast audio specialist Fairlight, since when it has sought to integrate the Australian company’s audio technologies into its production solutions range. 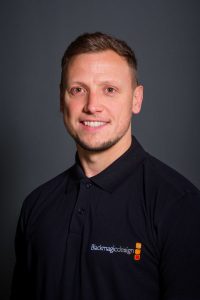 “Other product lines in the Blackmagic family that have already benefited from the acquisition of Fairlight include the ATEM switcher range. For example, the ATEM Constellation 8K, a massive 40-input Ultra HD switcher, now features a built-in 156-channel Fairlight audio mixer with EQ and dynamics.”

Ashton is in no doubt about the pressures driving system choice in sports, in particular. “While the technical requirements for a typical live sports production have increased, the budgets and available resources have not,” he said.

“Even the amount of space allotted for production purposes in the majority of venues and arenas today has either stayed the same, or decreased. This is putting more pressure on production teams to provide more video and graphical content with less” – hence the interest in cost-effective all-in-one solutions.

From a service provider perspective, NEP UK director of engineering and technology Rob Newton recognises the appetite for combined solutions but notes that they are “being used across less demanding events as it would be hard to cover small and more cost-sensitive productions with a conventional broadcast solution”.

But although they may not play a huge role in NEP’s activities at present, Newton says that it is 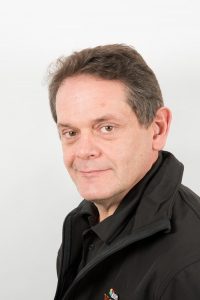 necessary to “address every one” of the emerging technologies in order to maintain its market position. Moreover, “there are a number of factors that are changing the specification of OB trucks. For example, at the moment, IP is in high demand, and so we’re already providing solutions that require less bay space for the same size technical solution. Inevitably, this leaves more space for crew and, of course, more interest in remote production – which means fewer people on site.”

Although remote production will surely become more prevalent, Newton urges a sense of caution. Rather than adopt simplified and unified production methods, “it is important to note that not every project is suitable for remote production, nor for every client’s needs. From OBs and flypacks, to specialised robotic camera setups and bespoke studio solutions, it’s our belief that it’s more important to deliver the right solution at the right time for a specific client” – and that will continue to be the case, said Newton.