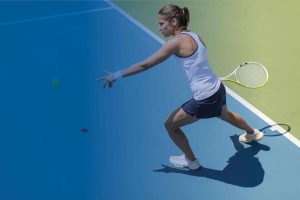 In rolling out a pan-European media network, KPN has adopted the Net Insight Nimbra VA platform and its own fibre and MPLS networks to increase QoS and reduce the operational cost for content providers.

The flagship customer for the network is Discovery Eurosport Europe, contributing channels from each of the four ATP Tennis Grand Slam tournaments from venue (Roland Garros, Wimbledon, US Open and the Australian Open in Melbourne) to the KPN source point in London.

The feeds are transmitted with the backbone MPLS network of KPN and enhanced with the Net Insight edge equipment. The channels are also routed to a Warsaw PoP and picked up by Polish broadcaster Polsat.

The broadcaster adds its own produced presentation layer and branding before onward distribution to its audiences. Polsat offers two pop-up channels for its viewers for the duration of each tournament, after which the channels close. Network capacity is only taken for the time required, saving all parties in the chain the cost of maintaining a permanent network infrastructure.

KPN’s Magdalena Domagalik said, “We have found this approach to video transport to be the best choice for our customers, and the fastest to deploy. We offer our IP/MPLS media transport solution to the world’s most demanding TV companies, for their contribution feeds and it has performed extremely well.”

KPN Media Services has a reputation for providing media transport services for major broadcasters and events on a national and international level. Traditionally, many broadcasters would use satellites for their international distribution. With continuous roll out of fibre networks and hence increased availability, business is increasingly shifting to a more modern media network.

Increasing rollout of such networks and their growing capacity provides greater flexibility and availability at reduced cost Therefore the natural choice of technology has been to consolidate video services over a terrestrial network, using IP/MPLS as an underlying technology.

Looking to scale its infrastructure for broadcasters and wanting to expand into new markets across Europe, KPN sought to leverage the MPLS network run by its wholly owned subsidiary Neutral Internet Exchange (NL-ix). The exchange is distributed across seventy-four data centres in thirty-one European cities in 13 countries.

KPN’s ambition is to use the network as the backbone of a new transport network optimised to distribute media services across the continent. It would offer broadcasters the flexibility, quality of service and OPEX they need to launch new business models, such as on-demand video and pop-up channels, in new territories as well as for regular linear channels transmission without compromising on quality requirements.

Shifting to a new technology is not without its challenges. Even with the strictest QoS classes, an IP/MPLS grade network is prone to jitter, delay and packet loss – those are the risks which the demanding broadcasters are not willing to take. Implementing high quality services on top of an MPLS network is complex and requires a large degree of configuration to ensure that the different types of traffic do not conflict with each other.

Another big challenge is to offer greater flexibility and reduce the operational cost for providing video services. Once connected customers can easily set-up the distribution to various locations at limited additional costs.

Additionally, the network should offer services for broadcasters and publishers of the content such as on-demand service provisioning, with the ultimate aim to offer customer self-provisioning.

While it is true that the internet was never designed to handle the stringent requirements of broadcast services, new solutions have emerged that bridge the gap between the best-effort nature of the internet and the high reliability and quality requirements broadcasters require. Broadcasters expect the same carrier class operational simplicity, traceability and performance follow-up regardless of the underlying transport media.

Combining these requirements in one solution was KPN’s challenge when looking into the different architectural choices.

For over a decade, Net Insight has been a trusted technology partner for KPN. Since 2006 KPN’s Media Exchange Network a large multi-service network is based on Net Insight’s Nimbra platform. The network provides services like video, data and audio connectivity between all major TV studios in the Netherlands, all TV feeds for the digital terrestrial TV and mobile TV services. It also reaches several international destinations in Western Europe.

KPN selected the Nimbra Video Appliance (VA) which combines the advantages of a powerful MPEG encoder and decoder, together with an integrated video transport solution. Built on the same rugged software baseline as that of the proven Nimbra MSR family, the Net Insight VA series brings a unique set of advantages, such as rock-solid operations, and tools to quickly understand when and where in the network any issue occur. This powerful combination provides both the operational simplicity of one point of management, as well as a reduction of network complexity – both minimizing potential sources of errors and maximizing service availability.

For the expansion of it pan-European media network, KPN combined its existing MPLS network with Nimbra VA 220 and VA 225 appliances. The idea was to strengthen the possibilities offered by a dense European network by adding error correction equipment at its edges.

The VA platform offers capabilities to increase the QoS over an IP/ MPLS network and to reduce the operational cost of the solution. The provisioning of services has been greatly simplified by separating the services from the transport and incorporating the use of individual connections for each service.

KPN could extend the network reach on demand to connect multiple destinations in Europe. Whenever there is a request from a broadcaster to reach into a new territory, KPN would light up a new PoP. Having live and file-based workflows automatically request transport capacity where and when needed finally enables true media workflow agility.