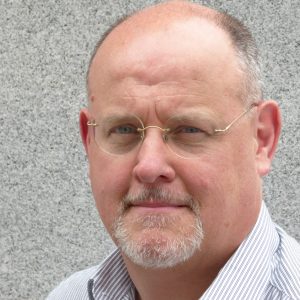 The proven capabilities of 12G-SDI mean that it is enjoying significant adoption for 4K/UHD TV production. In this new interview for SVG Europe, Kevin Salvidge, European regional development manager at Leader Europe, reflects on the current state of play for 12G implementation and the long-term implications for sports production.

Why is 12G important for the sports broadcast industry? What can it offer today?

Whilst the broadcast world has been distracted by Video-over-IP and the slow progress to develop interoperability standards, a number of broadcasters and production companies have move forward with 12G-SDI.

SDI is proven and tested. It is also secure so it is not surprising that 12G-SDI is being adopted for 4K/UHDTV production. 12G-SDI requires a single cable, not 4x3G-SDI to deliver a 4K/UHDTV image. It also doesn’t have the timing issues associated with 4x3G-SDI operation.

Where is the sports industry, such as OBs, at in terms of implementation of 12G today?

12G-SDI has been adopted by those OB companies that cannot wait for SMPTE-2110 and 25GbE infrastructure products. For OB trucks the maximum cable length issues are manageable and, with a number of the major OB companies writing an open letter in 2016 to professional broadcast manufacturers requesting 12G-SDI products, they clearly feel more comfortable with SDI than IP at this juncture.

What are the downsides to 12G implementation and usage?

Probably the major downside to 12G-SDI implementation is the distance. Safe support distances vary from cable manufacturer to cable manufacturer but they are not in the same league as 3G-SDI. A number of installations are therefore using short 12G-SDI cable runs to fibre converters, to transport the SDI signal over longer distances.

This then leads to the send [a] major downside and that is cost. If you compromise on 12G-SDI cables and products, you will get burnt. 3G-SDI has made the broadcast industry lazy. 3G-SDI just works. Plug two devices together with any SDI cable lying around and a picture will appear. That’ is not the case with 12G-SDI. Several customers we have worked with have found issues with patch panels losing the signal. Also, watch out for products that claim to be 12G-SDI when their internal operation is actually 4x3G-SDI. This has serious implications on the physical layer when the signal is reconstructed into a 12G-SDI stream.

Proper 12G-SDI test and measurement is not cheap either. When you look at the internal processing required to measure eyeheight and jitter on a 12G-SDI signal, you start to understand why products like the Leader LV5490 are a no-compromise solution.

Is 12G something that will only be implemented by a few in a position to make that upgrade today, such as those who are creating new OBs, infrastructures from scratch, or to replace redundant systems?  Will the others be waiting for …. The other next big thing?

Every technology in broadcast is an interim. The industry’s appetite for evolution before mass adoption allows professional broadcast equipment manufacturers to stay ahead of their competitors and broadcasters to offer savings to their clients, whilst maintaining or increasing the overall quality of their end-product.

Video over IP is the biggest challenge to 12G-SDI. IP will offer savings and predictable upgrade / expansion costs compared to SDI infrastructure. The question is how long will it take for IP to become the dominant player?

12G-SDI may allow broadcasters to work in 4K/UHDTV whilst the IP issues are resolved so that they are migrating to a proven and test infrastructure when they make the next move forward,

How will 12G shape up going forward? It is the future for sports broadcast, or will it be overtaken by something else? What might that be?

Broadcasters, especially in the US, are increasingly realising that resolution isn’t everything. The cost of re-equipping for 4K/UHDTV might not be worth it as consumers are struggling to tell the difference between HD and UHDTV resolutions in domestic and mobile-viewing situations. What they can see the difference in is High Dynamic Range versus Standard Dynamic Range. HDR doesn’t require additional bandwidth and broadcasters can use their existing infrastructure, provided it uses 10-bit to process the HD/HDR signals. HD/HDR might be mid or even long-term winner.

What alternatives are there to 12G, thinking practically for sports broadcast, today?

Derivatives of 3G-SDI will remain and will provide an alternative to 12G. In Japan today HNK are testing 8K ahead of the Tokyo 2020 Summer Olympics and professional broadcast camera manufacturers are offer 16x 3G-SDI or 4x 12G-SDI for 8K.

A potential alternative is Ultra high-definition Signal/Data Interface (U-SDI). Features include the ability to transmit UHDTV signals with up to 144 Gbps of full-featured 8K signal. U-SDI is composed of 24 channel optical links of 10Gbps and is standardised in ARIB STD-B58, SMPTE ST2036-4 and ITU-R BT.2077

Not only would this allow 4K/UHDTV and 8K production, it would also support multiple HD-SDI streams over a single interface, so watch this space.

Broadcasters in Japan are deeply sceptical about video-over-IP. As Japanese manaufacturers are responsible for a large percentage of professional broadcast products, it is interesting that they have already added a 12G-SDI interface to the majority of their products.