Looking back: Tall Audio thriving on the challenge of producing sports broadcast audio during lockdown 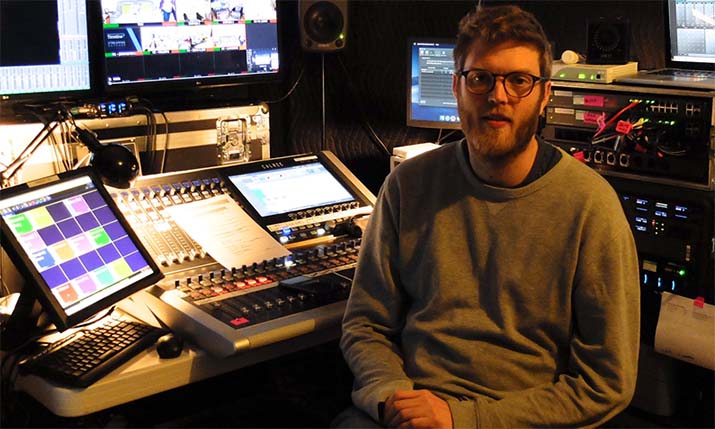 Tall Audio, which was founded by sound supervisors Paul Stadden and Alex Wrigglesworth, terms itself a ‘bespoke audio company’, providing crew, equipment and consultancy to the broadcast industry.

One of the pair’s core mantras that they, “thrive on a challenge” was possibly never tested so thoroughly as during the COVID-19 crisis. Although having said that, the company has a solid track record  with production and technology projects ranging from OB sound for Black Bears on the Mendenhall Glacier in Alaska, to MotoGP for BT Sport, and a variety of COVID lockdown projects in both sports and light entertainment.

When full lockdown started in the UK, Tall Audio had to be ready with that can-do attitude in its work on the BT Sport output. “It started out as magazine shows, really; just pundits chatting, guests, some highlights and VTS,” says Wigglesworth. “Then we grew into actually doing some live sports again when the Bundesliga started to come.

“What we did in lockdown I don’t think will ever happen again. I think it was an acceptable way of working for full lockdown, but as we know this time around it hasn’t really gone back to that.”

“Getting an audio reference across the internet isn’t straightforward”

Wrigglesworth refers to a remote mix, from the home of Tall Audio co-founder Stadden, with audio going via the Timeline facilities in the BT Sport broadcast facility at the Queen Elizabeth Olympic Park, Stratford, London.

“With Timeline we used the Unity systems for audio transport,” says Wigglesworth. “We used Unity Connect and had 64 channels of bi-directional audio to Paul’s house, and then we had a Calrec Brio connected via a Dante network and intercoms connected via the Riedel IPx2. So we effectively had a full Riedel panel and a Calrec desk, plus monitoring.”

“They would de-embed the sources at Timeline and put it onto their Dante network,” Wigglesworth goes on. “That would go to Unity Connect and appear to us as sources, whether they were EVS’, iPhone kits, or anything. Paul was mixing at home and sending it back.” 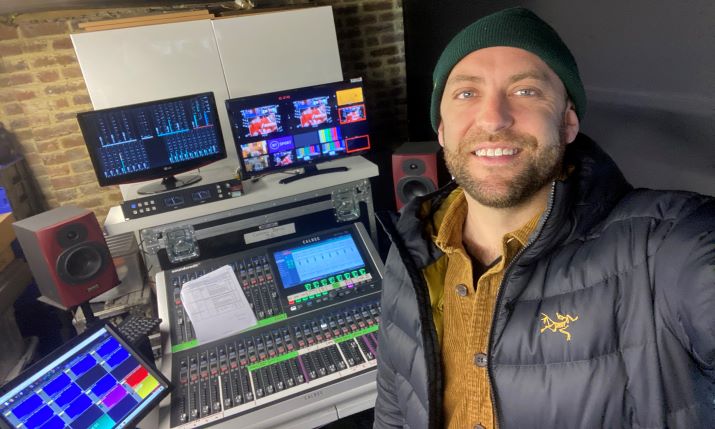 Part of the arrangement meant that creative measures had to be put in place to deal with latencies. The team used a Comrex codec for the stereo return path, put stayed with Unity to return clean feeds. Notes Wigglesworth: “You can adjust latency in Unity with buffer settings. Longer settings are more resilient, shorter ones result in a few drop-outs. We decided that if there was the odd drop out of clean feeds for the presenters it wasn’t the end of the world. The Comrex was the ultra-stable path for the mix.”

For video, they used a WebRTC stream. “This gave us a multiviewer, which was pretty good. It wasn’t too late and the pictures only very occasionally broke up, which is when we had to follow our spider senses!”

Early on in lockdown, when the shows were mainly magazine-style affairs with pundits and guests working from their own homes, Tall Audio deployed a range of solutions depending on need, that was anything from a basic iPhone-based kit to multi-camera Mobile Viewpoint with bonded network connections.

As the actual live sports started up again, the next issue was commentary timing, with talent at home, sending and receiving feeds, introducing multiple delays. “The iPhone app they were using goes directly back to Timeline,” says Wrigglesworth. “That was then pushed to the Dante network and via Unity connect to us. So, you ended up with one iPhone on a two second delay talking to another iPhone on another two second delay. 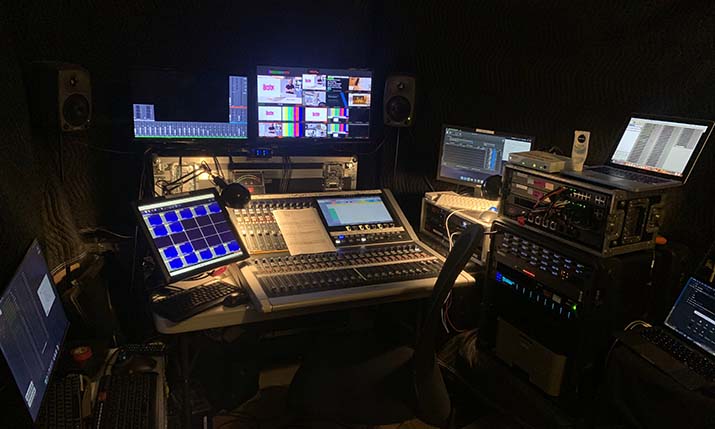 “To counter this, we came up with the idea of an early talk and listen feed. The commentators already had the Unity Intercom connected for IFB. We simply split their mic signals and sent one split into the Intercom return path as well as the main iPhone feed. That intercom feed came back to our console on the ‘B’ Layer and sent out again. That way, the commentators were speaking to each other over only a 150 millisecond delay, but the iPhone feed gave us the on-air audio, which worked because they were both delayed by the same amount.”

While the arrangements that Tall Audio put in place worked, they were certainly in the realms of ‘needs must’. “Of course, there is lots of stuff that’s possible, but it was all really tricky,” says Wrigglesworth. “The audio is compressed and it’s hard to sync things together. We did look at GPS clocking and worked both with Audinate and Unity to sort some things out, but yes, getting an audio reference across the internet isn’t straightforward.”

Looking at the bigger picture, while purpose-built remote facilities are clearly part of the future of broadcast, and Tall Audio has been working on plenty of remote productions from those facilities, Wrigglesworth does not see home working as a way forward. “It’s fine for certain circumstances, but it’s also very limiting. It’s not fair on the industry or people to expect it.

This story, it seems is one of many stories of ingenuity and resourcefulness that has kept sports broadcasting flowing during lockdown. Thankfully, with most people on the planet in the same boat, the tolerance we have all developed for Zoom or Teams versus face-to-face has meant that the idea of talent broadcasting in front of their lovingly crafted home backgrounds, occasionally interrupted by pets or children, has become absolutely acceptable.

What the audience is less likely to be aware of is the creativity, resourcefulness and professionalism that were still stacked up behind the camera and behind the microphone to bring sport to air during the height of the crisis. Tall Audio, and many others, should be justly proud of that.