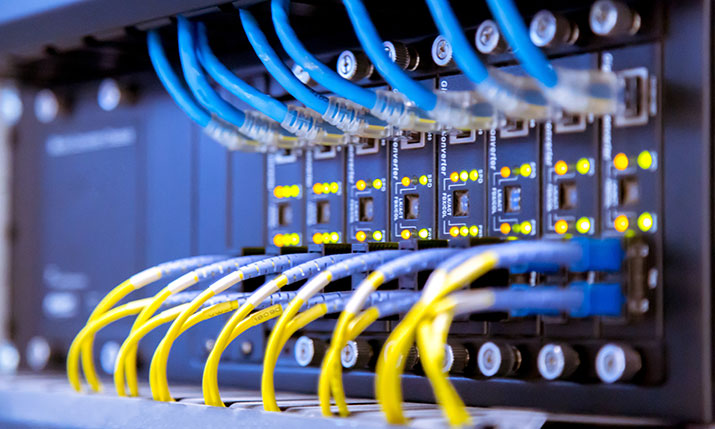 Live sports production and content delivery workflows have rapidly evolved this year, with rights-holders and broadcasters innovating to overcome the challenges of a global pandemic. Despite most leagues and teams witnessing some form of event postponement or cancellation, the demand for live content has far from subdued. Fans at home have been craving content from their favourite teams and players more than ever, and the pressure is on to deliver.

The way consumers are accessing live sports has also continued to evolve. According to the Interactive Advertising Bureau, around two-thirds of consumers worldwide now stream online coverage of live events. Younger audiences in particular (18-34) are opting for live content over scheduled TV programming, signalling a stark shift in media consumption and consumer viewing preferences. As a result, estimates from research firm Rethink TV suggest global sports rights could grow in value by up to 75% between 2020 and 2024. Broadcasters and other rights-holders must now meet the escalating and more varied needs for high-quality live content.

Despite a year of disruption, the live sporting calendar for 2021 is set to resume almost as normal. From the Six Nations to the FA Cup Final, and not least the post-dated Tokyo Olympic Games, many are preparing for a spectacular year of putts, passes and goals, and with that, a significant surge in demand on streaming services and network infrastructures. One question now remains; what lessons can we learn from this year to ensure next year’s live sports roster goes off without a hitch?

Remote production comes to the rescue

Politics and pandemics aside, 2020 will be remembered as the year broadcasters wholeheartedly embraced innovation and rapidly migrated to new live production and delivery solutions. Many leagues have been able to safely produce live games by embracing the capabilities of remote and cloud-based production solutions, raising the bar for the future of live sports broadcasting.

Sports bodies worldwide have looked to remote production as a means of delivering high-quality coverage while ensuring the health and safety of every person involved – including production crews, onsite personnel and, of course, the players themselves. CBS Sports broke new ground in live sports broadcasting this year by delivering one of the largest and most complex remote productions to date for the PGA Tour. The 2020 PGA Championships saw a robust remote production workflow put in place to support Golf Channel’s coverage, with 24 camera feeds and a multitude of audio sources being fed to The Switch’s Burbank Control Rooms.

This proven solution allows production crews to operate anywhere around the globe, working on one platform with zero compromises on quality. This approach also opens up exciting new content and revenue opportunities for broadcasters and rights-holders, such as the ability to instantly produce clips for social media and rapid production of shoulder-programming, replays, highlights packages and other secondary live feeds.

While remote and cloud-based production solutions have emerged as champions of live sports broadcasting this year, they were not born out of the COVID-19 pandemic. These developments have been in motion for some time, their adoption has only been catalysed by the pandemic. It is now clear that remote and cloud-based production are not only here to stay; they are soon to become the de-facto models.

Even in a post-pandemic scenario, whereby we can safely return to stadiums and arenas, remote and cloud-based production will remain popular with broadcasters. Minimising costs, boosting efficiency and opening new revenue opportunities – while also offering access to local, state-of-the-art production equipment – are just a snapshot of the benefits these models deliver. However, the nature of remote production means a considerably higher number of feeds are being sent back and forth between venues, networks and production facilities. This eventuality means network capacities need to be significantly extended.

When tasked with delivering the 2020 French Open, The Switch realised this need and deployed ground-breaking connectivity to support Tennis Channel’s live coverage. The state-of-the-art deployment in Paris’s iconic Stade Roland Garros allowed the transport of uncompressed HD feeds via dedicated fibre paths across the Atlantic to Tennis Channel’s new production and operations facility in Los Angeles for the first time.

As the primary connectivity provider for Tennis Channel, The Switch extended its network capability in France to enable the broadcaster’s first-ever 100% IP-based production environment conforming to SMPTE ST 2110 standards. The new all-IP media workflow permitted the separate transport of fully uncompressed video, audio and data from 17 courts at Roland Garros to LA.

The project increased Tennis Channel’s agility and efficiency in delivering live content, giving it more ways to meet tennis fans’ expectations to get up close to the live action. The SMPTE ST 2110 integration meant more camera feeds were carried from the Paris venue, offering the channel’s 61 million subscribers significantly more viewing options, with simultaneous live feeds of different matches being made available.

The Switch utilised three dedicated transmit paths between Europe and North America, one created specifically for the tournament, and installed new hardware onsite at Stade Roland Garros. Net Insight played a vital role in the French Open deployment, providing the primary backbone for The Switch’s network by installing several Nimbra nodes to transport high-performance feeds between Paris and LA.

COVID-19 has tested the capabilities of live sports broadcasters and rights-holders alike. But more than that, it has proved the industry’s ability to adapt to shifts in consumer viewing habits while overcoming fresh challenges.

As we head into 2021, one thing remains clear; the industry needs more remote production. And to accommodate this, significant investments into network infrastructures are required to guarantee seamless live feeds to any location. The Switch has already embarked on Phase One of a major network expansion project in the northeast US, with further investments planned across the US and Europe.

Live sports will continue to bring us emotional highs and lows, and fans are gearing up for a significant line-up of activities to compensate for this years’ lack of airtime. The solutions are already in place to deliver efficient, high-quality broadcasts from any game to any location – it’s now time to implement them.