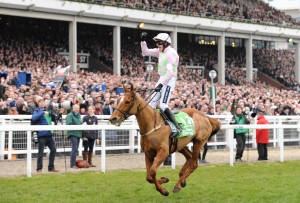 Simon Ellen, RMG chairman, said: “RMG has made further good progress on a number of fronts in 2015 and built upon the foundations laid in earlier years. The most notable long-term achievements have been the agreement of a new LBO deal with SIS for the RMG racecourses from 2018 extending to 2023, and the agreement of a new terrestrial TV deal with ITV from 2017 to 2021.

“Both of these deals are very significant events for our courses. The delivery of another increase in total licence fees to £80.2m for our racecourses through an outperformance against budget from both RMG and Turf TV is also most welcome.

“Streaming has again played a significant role in this performance, as has the addition of long-term broadcast contracts into overseas geographies. Racing UK memberships have remained stable, and the introduction of the Racing UK Anywhere platform, which allows you to view on up to seven platforms, has been well-received by our members.

“Our joint venture, GBI Racing, has also seen a further increase in profits with a budget for 2016 that sees further expansion. This diversity of revenue streams will stand RMG in good stead.

“All of RMG’s profits are paid to the racecourses and have helped generate a further increase in prize-money with the RMG courses accounting for £95.3m in 2015, a rise of 6% on the previous year, and equating to 72% of the total prize money paid by all UK racecourses.

“We are grateful to all our partners, clients, customers and staff for their continuing support of our businesses.”

Richard FitzGerald, RMG CEO, added: “The combined 2016 budgets for RMG and AMRAC will improve on the £80m in total licence fees delivered in 2015 and we can realistically project more than £100m in licence fees for 2019 and beyond.

“Enhanced connectivity through new technologies will provide further opportunities and can only improve the way we cover and consume the sport. Only recently we launched Racing UK HD which offers stunning picture quality and gives us the platform to showcase the sport in finer detail than ever before.

“Earlier this month, RMG introduced the Going to Post streaming innovation and last month we successfully completed the production and distribution of the 2015-16 racing season from Meydan, culminating with the compelling output from the $30m Dubai World Cup fixture, which reached 350m individuals. Our ability to innovate and harness developing technologies can only add to the attractiveness of the sport for consumers.

“The racing and betting landscape is going through a transformation as the industry re-shapes itself. I am pleased to report that RMG is well-placed to benefit from the changes and enables the racecourses to plan for the future with certainty.”