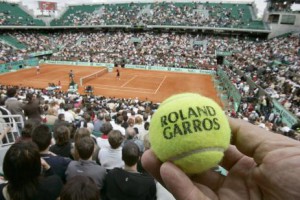 The Fédération Française de Tennis (FFT) and MP & Silva are pleased to announce that the first year of their collaboration in distributing the European media rights for Roland Garros has been a success, with increased hours of coverage, larger audiences, and new channels showing the tournament.

“We are extremely happy with the results of the first year of our partnership with Roland Garros,” says Andrea Radrizzani, MP & Silva Group CEO. “We have worked together with the Federation with full transparency in every deal done with every broadcaster. And  the transmission went very smoothly despite the weather conditions, and we are looking forward to an even better tournament next year.”

Of the 25 broadcast partners for 2012, 12 were new, with the likes of ITV in the UK, Cuatro in Spain, PRVA TV and B92 in Serbia, Czech TV in Czech Republic, and NTV in Turkey showing action from Roland Garros for the first time.

In keeping with the FFT’s commitment to ensure the widest possible audience for its event, MP & Silva secured free-to-air coverage in 22 countries, up from 20 in 2011. Pay-TV coverage was provided by Eurosport across Europe and by Canal+ in Spain.

The increased audience was achieved despite the overlap this year with Euro 2012 and the poor weather conditions for the men’s final, traditionally the biggest viewing peak of the tournament. Persistent rain forced the conclusion of the match to be postponed 24 hours, and it eventually finished on Monday 11 June. The rain interruptions on the Sunday meant that coverage ended up clashing with Euro 2012’s Spain v Italy group stage match and Formula One’s Canadian Grand Prix in Montreal.

“We were absolutely delighted with our first year at the French Open,” adds Niall Sloane, director of Sport at ITV. “The audience numbers were terrific; public and critical reaction was very encouraging. We could not have had better people to work with than the French Tennis Federation. They went out of their way to help us with our programmes,  and it felt like a real and fruitful partnership.”

Dejan Jocic, CEO of PRVA TV in Serbia, says the final ratings peaked at almost 1.2 million viewers and an audience share of more than 57% in his company’s target demographic.

“We had a studio in Paris and were able to build higher production standards for the event in Serbia, improving the tournament’s general image and gaining larger audience share,” he explains. “This would not have been possible if our hosts and tournament organisers had not been extremely helpful and kind. We plan to broadcast this tennis tournament next year as well, when we will look to improve still further the quality of our programmming and increase the number of matches broadcast.”

Says Michel Grach, FFT’s Media & Sponsorship director, “2012 has been another record-breaking year for Roland Garros distribution around the world, and we are particularly pleased with these impressive European figures, which confirm the enduring strength of our tournament.  Our aim is to develop our relationships with MP & Silva and our new broadcasters still further and to continue to improve the quality and quantity of Roland Garros coverage for tennis fans and tournament partners worldwide.”