NEP the Netherlands goes for Hitomi in Hilversum UHD upgrade 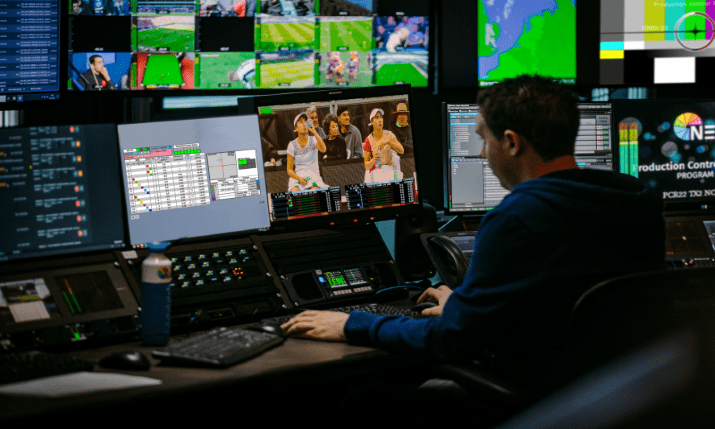 Driven in part by the decision from rights holder Ziggo Sports to broadcast Formula 1 in UHD, LiveCenter has recently undergone a facility refresh, bringing 4K and HDR facilities to the fore

As part of a major upgrade of its facilities to include UHD, NEP the Netherlands has added a MatchBox system from Hitomi into its LiveCenter interconnection centre in Hilversum.

Driven in part by the decision from rights holder Ziggo Sports to broadcast Formula 1 in UHD, LiveCenter has recently undergone a facility refresh, bringing 4K and HDR facilities to the fore when required. With technology bridging IP and SDI worlds, NEP recognised the potential for differential latencies, and chose Hitomi’s simple yet proven solution to analyse synchronisation.

The generator and analyser from Hitomi streamlines the process of checking and correcting lip-sync errors and other timing issues, ensuring the highest possible output quality combined with lowest latency.

“Other parts of the NEP Group have found MatchBox to be really effective, particularly when there are inherent path differences like in remote production,” said Theo Stam, senior solutions consultant of NEP the Netherlands. “Having talked to our colleagues, we were confident that it would solve our problem, and so it has proved. The technology upgrade to add UHD could have given us operational headaches, but by choosing the right technology, like Hitomi MatchBox, we have been able to move smoothly to add the facilities our customers need.”

MatchBox is a state-of-the-art toolkit that streamlines live broadcast synchronisation, a particular requirement for live sports, news and events. Its simple user interface generates a unique test signal at one end of any circuit, which is analysed at the other giving a rapid measurement of lip sync, audio levels and phase coherence, and video timing. As well as the traditional signal generator and analyser, the system now includes MatchBox Glass, an iPhone app which generates the test signal that can simply be held in front of a camera and associated microphone.

“With signals travelling over different paths and requiring differing levels of processing, it is all too easy for cameras to become time-shifted with each other, and for audio and video to slip,” said Russell Johnson, director at Hitomi Broadcast. “Getting everything aligned with the minimum of overall latency is vital, but it can be seen as just one more time-consuming task in the frantic set-up for a live sports broadcast.

“We developed MatchBox to meet the real needs of production people, to check and align circuits far more accurately than you could hope to do with ear and eye, and to do so very quickly without holding up the rest of the team,” he added. “NEP is one of the world leaders in live production, so we are very excited that they continue to add MatchBox systems to their infrastructure.”