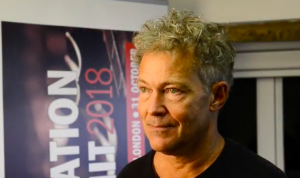 Genelec chief technologist Thomas Lund offers his thoughts on NGA and IP at the Next Generation Audio Summit, London, October 31 2018.

The complete set of video interviews captured during SVG Europe’s Next Generation Audio Summit – which took place at Dolby’s facilities in Soho Square, London, on 31 October – is now available to view on the SVG Europe YouTube channel.

Interviews were conducted by David Davies, filmed by Chris Taylor and edited by James Cumpsty.

The playlist also features a video prepared by Dolby’s in-house team that offers a handy overview of the day’s proceedings, which included discussion of AES67 and IP-based audio workflows alongside extensive coverage of the latest developments in immersive, object-based and other NGA technologies.

Organised in conjunction with Dolby, the Next Generation Audio Summit is projected to return for its fourth edition in November 2019.