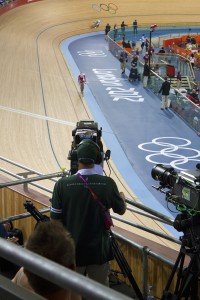 Olympic Broadcasting Services (OBS) was created by the International Olympic Committee (IOC) in 2001 to serve as the Host Broadcaster organisation for all Olympic Games, Olympic Winter Games and Youth Olympic Games. The OBS brief is to deliver unbiased live radio and television coverage of every sport from every venue. In this role, OBS is charged with developing a reliable approach across Olympic operations, while at the same time optimising resources to continually improve the efficiency of the Host Broadcast operation.

Rio2016 will pack the equivalent of 42 world championships into 17 days of competition, bringing 10,500 athletes to the host city, and it goes without saying that preparations for such a major event takes a considerable amount of time and effort.

So with twelve months until the start of Rio2016, how does Yiannis Exarchos, CEO of Olympic Broadcasting Services, see those plans taking shape?

“As in every Games, with a year to go, preparations are at full speed. The most significant milestone at this stage is the handover of the International Broadcast Centre (IBC), which must be transferred to us by the Organising Committee so we can perform the detailed fit-out. After this transfer, OBS will build the spaces that the Rights Holding Broadcasters (RHBs) will require for their operations. In addition, it is here that the Host Broadcast technical and operational facilities are installed, including what will be for the duration of the Games the largest Master Control in the world.”

The IBC will be located at the Barra Olympic Park in a new, purpose-built building, next to the main press centre. The IBC covers 85,400 square metres of space, housing technical and administrative facilities for both OBS and the RHBs, including edit suites, control rooms, studios and offices. In all, 92 RHB organisations, including sub-licensees, will have a working space within the IBC. Overall, more than 12,000 RHB personnel will be accredited, while the number of OBS personnel will be in excess of 6,600 during the Games. 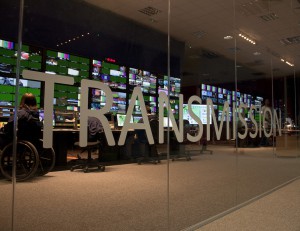 OBS is responsible for supplying content for all Rights Holding Broadcasters (RHBs).

Exarchos says that any delays in the handover can cause a significant impact on the construction and fit-out of both OBS and RHB space. “However, there is an excellent spirit of cooperation between the OBS and the Rio 2016 teams, and we are looking forward to a smooth transition.”

He reports that discussions and clarifications required by the Committee are numerous at this stage, and the information flow between OBS and Rio 2016 is at its peak.

“All of these meetings will enable OBS and Rio2016 to provide the RHBs with detailed and valuable information concerning all the aspects for their operations during the Olympic Games. Much of this information will be conveyed at the upcoming World Broadcaster Meeting, held approximately one year before the Games.” 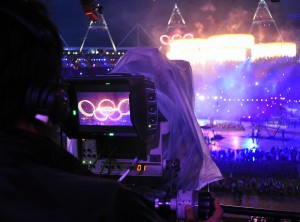 OBS provides live feeds of all Olympic competition, as well as coverage of the Opening and Closing Ceremonies

Detailed planning for Rio started soon after the final event of London 2012. Like all previous Games, lessons learned from that event have helped with the way forward. “Each edition of the Olympic Games gives OBS the opportunity to evaluate, refine and improve our planning and operations, so both London 2012 and Sochi 2014 provided valuable knowledge and experience. Of key importance is continuing to expand the broadcast reach of the Olympic Games, without increasing the economic and environmental footprint. Two examples of how we are achieving this are the Multi-channel Distribution Service (MDS) and the Olympic Video Player (OVP).”

MDS has become one of the prime ways for distributing the television coverage of the Olympic Games to the world. In London, there were 21 subscribers distributing coverage; for Sochi 2014, that number grew to 80 RHB companies from 70 different countries. Those broadcasters utilised the MDS to fully produce their entire coverage of the Games with little or no staff or facilities within the host city. OBS expects this number to increase significantly for the Rio Games.

OVP offers RHBs their own fully produced internet platform containing one of the best live video and on-demand players currently available. Launched for Sochi 2014, 95 different countries utilised the service. Monitoring of audience reaction also demonstrated that the OVP not only expanded viewer hours and reach for the RHBs using the platform, but also played a part in the significant increase of digital coverage. For the first time in Olympic history, the amount of digital coverage exceeded traditional television broadcasts with 60,000 hours available on digital platforms, compared with 42,000 hours on television.

The OBS Engineering and Technical Operations Department, headed by chief technical officer Sotiris Salamouris, is responsible for the design and delivery of all of the technical facilities and services of the Host Broadcasting operations, including those required at the IBC and Olympic Games venues, as well as other select broadcast activities.

The coverage format will be HD-SDI 1080i/59.94 SMPTE 292 and surround 5.1, and because there has been no interest from the RHBs 3D programming is not part of the broadcasting equation. 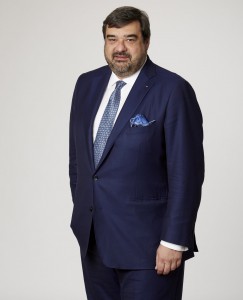 “There are five coordinating production teams at OBS who are responsible for developing the coverage plans, and maintaining regular communication with the Organising Committee regarding the layout of the actual venue in terms of Field of Play, camera positions, lighting, acoustics, mixed zones as well as back of house broadcast facilities,” explains Exarchos. “These teams have been coordinating with Rio2016 since 2013 in order to develop the comprehensive OBS production plan. At Games-time, OBS employs expert venue production teams which are either freelance professionals or employed by RHBs with extensive knowledge of the sport, to execute this Plan.”

OBS is currently planning on using around 20 different companies to provide venue production facilities for Rio 2016. These companies will not only come from Brazil, but also the United States, Canada and across Europe. “We have laid down a minimum standard, set out in the contract and which all the providers must reach. OBS providers also take part in a full test and inspection of their facilities approximately a year before the start of the Games.”

The coverage will require 53 OB production trucks, with their attendant support tenders, and 13 light production units or flight packs.

OBS sets minimum performance and critical parameters for these providers; however, OBS doesn’t ‘tie in’ the OB van operators to any single type or brand of equipment. The planning phase consists of examining OBS’ needs and the equipment the OB providers propose to support those specific needs.

Coverage for each event will be sent to the IBC via the onsite Technical Operations Centre (TOC) in the broadcast venue compound. At the TOC, it will be split into a main and backup multilateral fibre, which then will arrive at the IBC via geographically diverse paths. All the distributed feeds will include timing and results graphics, production enhancements – such as course animations and virtual effects – and the Olympic Replay Transition.

“All text in the timing and results graphics and production enhancements will be in British English,” states Exarchos. “Taking into account the international Olympic audience, OBS minimises the amount of text by using icons and symbols, and enforces consistency in the terminology across all sports, wherever possible, to aid the understanding. Additionally, athlete names are anglicised across all nations and sports. All of the fonts, colours, graphic elements and layout of the timing and results graphics and production elements are defined, documented and distributed to all Olympic broadcast stakeholders.”

To meet comms needs, Exarchos reveals that OBS will implement an extensive fibre optic contribution network to connect the venues and the IBC – a combination of dark fibre for venues in the metropolitan area of Rio and Synchronous Digital Hierarchy (SDH) for distant venues. This network will carry all multilateral, unilateral, commentary and communications signals from the venues to the IBC to provide the maximum levels of quality and resilience of the transported signals.

“For the majority of installations OBS will be using standard RF communications at the venues, with diverse reception points cabled from the OB van. At specific venues such as golf, OBS will install an in-depth network that will support transmission and reception of all of the various RF sources including OBS RF Cameras and the communications network.”

The vast majority of core system equipment used for transmission, quality check and distribution, as well as all commentary equipment used in venues and at the IBC is owned by OBS. “In addition, cutting edge equipment such as video servers, picture monitors, quality check equipment and so on, that utilise state of the art technologies will be specifically rented for the Games.”

OBS is planning a fully tapeless environment and the final archive stored in hard drives. The legacy archive, however, will be LTO magnetic tape data storage housed in Lausanne.

“A video server system will be available to broadcasters who have subscribed to the central archive facility service. A remote access video server will be available and will allow RHBs to browse in low resolution all server content in Rio and offer the possibility to download it locally in high resolution. Our video server solution is a hybrid system specifically developed for OBS, between EVS [for] ingest, logging and playback, and AVID post-production and News Room.”

In common with many large scale broadcasting projects, Rio2016 will include a training programme for those wishing to consider a career in the media. “Forming an integral part of its legacy strategy, OBS has launched a Broadcast Training Programme (BTP) for the Rio 2016 Olympic Games, aiming to train the next generation of media professionals. More than 1,200 students will be offered paid roles during the Games after the training,” says Exarchos.

Although there is still much work to be carried out before the opening ceremony on 5 August 2016, all in all, the CEO is confident about the success of the whole project: “I firmly believe that we are in good shape at this point in time.”