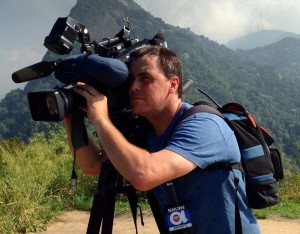 LiveU anticipates that an unprecedented number of its IP-bonding units, more than 300, will be used by over 80 international broadcasters to deliver all the live action of the Olympics to their audiences. Broadcasters and online streamers are expected to generate an estimated 15,000+ live video sessions with potentially more than 50 TB of data to be transmitted during the course of the Games.

Validating LiveU’s expertise with large-scale, global events, WIN Sports Director of Technology William Albarracin stated following the FIFA World Cup 2014 in Brazil: “LiveU exceeded our expectations. It gave us the mobility to go live from anywhere at any time. We knew the Brazilian landscape was challenging, yet we hit 9 Mbps in some areas. Also, the management system, LiveU Central, gave us flexibility and geo-location that allowed us to maximise the use of units in the field.”

LiveU’s entire portfolio of uplink solutions will be deployed, including backpack and camera-mount IP-bonding devices, such as the award-winning LU500 and the lightweight LU200, as well as the LU-Smart mobile application and the signal-boosting Xtender external antenna. LiveU’s cloud-based MultiPoint distribution service, which integrates seamlessly into the LiveU Central management platform, will enable customers to simultaneously share live feeds with up to 100 concurrent destinations worldwide.