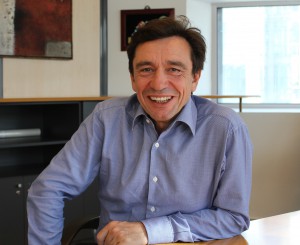 With effect from June 15, Paul Molinier will be appointed as CEO of Viaccess-Orca, a global leader in content protection and delivery solutions, and a subsidiary of the Orange Group. Paul Molinier will take over responsibilities from François Moreau de Saint Martin, who has joined Orange Business Services as vice-president of industry and IT large accounts.

“Paul Molinier brings in-depth knowledge of the IT and telecom industries to our executive team that will be highly valuable in accelerating Viaccess-Orca’s business growth,” said Serge Laroye, executive vice-president, content division at Orange. “Paul’s rich experience in business development and strategic partnerships will help the company expand, innovate, and address the key challenges facing its customers, making Viaccess-Orca stronger in the marketplace. I’d like to thank François Moreau de Saint Martin for his great achievements over the past eight years. I also thank Chem Assayag, executive vice-president of sales and business development, for his role as acting CEO in the interim period until Paul’s arrival.”

Paul Molinier previously held executive positions within several international technology companies, including Texas Instruments, Siemens, and Telindus, before joining Orange Business Services (OBS) in 2007. At OBS, Paul Molinier was initially in charge of the Services Transformation program before heading up Obiane, a subsidiary of OBS specialising in IP network and security integration services. More recently, Paul Molinier served as senior vice-president in charge of the Unified Communication and Collaboration global business unit. Paul Molinier graduated from Ecole Polytechnique in Paris and holds an MBA from INSEAD.

“Viaccess-Orca’s evolution in the field of content protection, delivery, and discovery solutions in the past few years has been quite impressive. The company has great technical and human assets that will be integral to maintaining and improving its leadership position,” said Molinier. “I look forward to bringing my own experience to Viaccess-Orca, with the objective to lead the transformation of the customer experience in content services and successfully explore new business territories.”