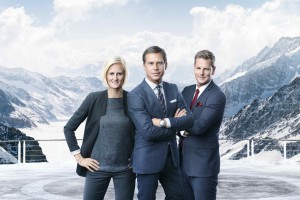 With Rio 2016 just over a year away, plans for coverage of the Olympic Games are well under way for the host of broadcasters who will have a presence in Brazil. But just when did that planning begin? “To be honest, the planning began on the day we acquired the rights in June 2011, but more specifically from 2014,” states Per Nunstedt, head of Viasat Sport, the rights holder for Sweden and part of the Modern Times Group (MTG). “In fact, we ended our studio presentation from Sochi with a virtual graphic package that read ‘See you in Rio 2016’ and on the following Monday we started our preparations with the production and presentation teams.”

Since that time, Nunstedt says that Viasat has had meetings with Olympic Broadcasting Services (OBS) about general topics around the company’s broadcasting needs. He continues, “It’s an honour to be an Olympics broadcaster. It´s with great passion that we’re looking forward to the Rio games. I´ve worked with sports for over 20 years, but I have never experienced a media house with such a positive attitude and willingness to work so hard.”

Nunstedt reports that during July 2014 his team visited Rio and the Olympic Park, as well as a number of different venues that were still under construction. “We´re delighted to be one of the ten broadcasters to have a studio in the Olympic Park – especially when you consider that 204 countries are involved in the games.”

For Viasat Sport, having an Olympic Park location in Sochi was a key factor in its successful coverage for the countries it serves. “It enabled us to have a constant flow of athletes and other guests in the studio. I believe that made our programmes more alive and more interesting. It also made it possible for us to put the limelight on less well-known disciplines, such as Halfpipe and Skicross. These are sports that normally don’t receive the same media exposure.”

For Nunstedt the biggest challenge is the number of live events — up to 21 at any one time — to be covered and reported. However, he feels that the team is well prepared given the amount hours of live sport that the company regularly broadcast each week. For example, during 2014 in excess of 12,000 hours of various events were broadcast by Viasat Sport. “So, I’m not concerned about the quantity. The challenge is to pick the right event for our main channel, and to catch all the Swedish medals. Additionally, we need light summer nights, so the people stay up late to watch the games until early morning!” 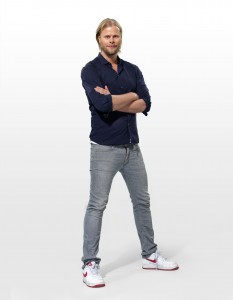 Per Nunstedt: “It’s an honour to be an Olympics broadcaster” Foto: Viasat Sport/Simon Cederquist

Current plans call for the Viasat Sport personnel to start arriving in Rio in July 2016, although Nunstedt jokes that he thinks that the majority would like to take a plane in January, to escape the Swedish winter. “We anticipate about 90 people will be on our team. We´ll have our control room in Stockholm, but still it´s a vast amount of hours to produce, and we want to be close to the action so there will be a strong team in Brazil. We are planning to bring in most of our equipment from Sweden, but are not ruling out hiring on-site. We´ll have 130 square metres of office space at the IBC.”

Viasat Sport will supplement the world feed with its own coverage of some events – especially when it comes to athletics. “This is, of course, one of the major events in the Olympic Games and we are reviewing how to prioritise reports from that arena. Additionally, we will be in the mixed zone and at the presentation position at other events of national interest.”

For editing, Final Cut Pro will be used on site in Brazil, as well as in Sweden. When it comes to graphics, Viasat Sport will mostly add these through the technical staff based in Stockholm. Since Vizrt is used for regular broadcasts, this system will be utilised for Rio 2016. Vizrt is also involved with the virtual studio that has been set up at the Stockholm studio utilising Stype Grip kit.

Nunstedt concludes, “The look and feel are extremely important in our programmes and we´re eager to present all new summer sports in our virtual Viasat Sport-world.”