“Promoting non-Olympic sports”: looking ahead to The World Games 2017 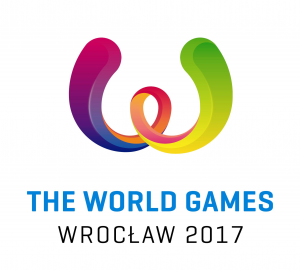 The World Games are set to be held in Wroclaw, Poland from 20-30 July, an event that has athletes from more than 30 sports coming together to compete and also be part of a proving ground for next-generation Olympic sports. And while the event may not have the exposure of the Olympic Games, it has been ongoing since 1981.

The International World Games Association (IWGA) is tapping into Olympic expertise as Manolo Romero, managing director of International Sports Broadcasting (ISB) and a team of more than 350 will serve up live coverage for 27 sports – many of them with different disciplines.

“The whole idea of The World Games is to promote non-Olympic sports and be a test bench to prepare the sports to possibly become an Olympic sport,” says Romero. “In the past TV coverage was limited to highlights, but in the upcoming Games there will be much more coverage as we want to be able to disseminate it throughout the world as much as possible.”

“The 24/7 IWGA Games Channel with English commentary will be available to all of the rights holders and the Olympic Channel itself,” says Romero.

There will be two production teams working on the event: ISB’s team of about 120 and then an additional team provided by Poland’s ATM Group (Polsat will carry the games for viewers in Poland). All told, more than 350 people will be involved in a production that will focus around eight production teams that will go from venue to venue covering live, the semi-finals and finals (as well as some preliminary competition) for sports like kickboxing, ju-jitsu, billiards, flying disc, fistball, lacrosse, sumo, and more.

“There are a few events making their first appearance at The World Games as invitational sports such as indoor rowing, kickboxing and speedway as well as American Football, which is a sport gaining interest in Europe,” says Romero. “And the gymnastic events will feature trampoline, tumbling, and other disciplines that do not feature in the Olympics. There will also be different modalities of dance which are very attractive.”

There are only a few events that will not be covered live such as orienteering and the air sports (like sky jumping) due to logistical challenges.

“The broadcast centre and studios will be located at the ATM facility in Wroclaw, which will be connected to all of the venues via 10 GE fiber using Lawo coders,” says Romero. “It will have a master control with EVS video servers for ingest and logging as well as editing rooms to create a one-hour daily highlights package cut into two 30-minute segments. There are also transmission lines using NIMBRA coders to Madrid so that the Olympic Channel can create the 24/7 IWGA Games Channel with graphics and voiceover in English. This will then be distributed to rights holders in Europe, Asia and America via satellite, and will be available in other territories on The Olympic Channel.”

The events will be covered in HD and will be enhanced with several high-speed cameras, as the Games are an opportunity to see how to apply new production techniques to the events. The eight mobile units being used to cover the Games will come from Poland, Greece, Croatia, Romania and Spain.

“We hope to be able to provide a good level of production with a very limited budget,” says Romero. “Each sport will benefit from coverage of between 8-10 cameras supplemented with Antelope mini high-speed cameras, POV cameras, and other specialty devices. And, most importantly, we benefit from a team of people who know how to tell the stories of those events.”

This week a production meeting was held in Madrid to make sure that a consistent production philosophy will extend across all the sports. One of the goals was to define a level of production that would improve and enhance any previous coverage of the sport. It should also be noted that some of these sports have never had a television coverage of this magnitude.

“One of our challenges will be the scheduling of the 24/7 IWGA Games Channel. We have one channel and many sports running in parallel. Also, take into account that most sports do not run for an exact period of time [so] we will have to adapt day by day to a changing environment,” says Romero.

All competitions of The World Games 2017 will be held in sports arenas, stadiums and multifunctional spaces that, in most case, already exist in Wroclaw. Those spaces will be adapted to the needs of international competitions and television reporting teams.

The largest investments were involved in modernising the swimming pool at Wejherowska Street, resulting in the creation of a new 50-metre long, indoor swimming pool for water sports and modernisation of the Olympic Stadium. Meanwhile, in The Millennium Park complex, which is located in the vicinity of Nowy Dwor, a modern skating track and sports courts for beach sports have been constructed.