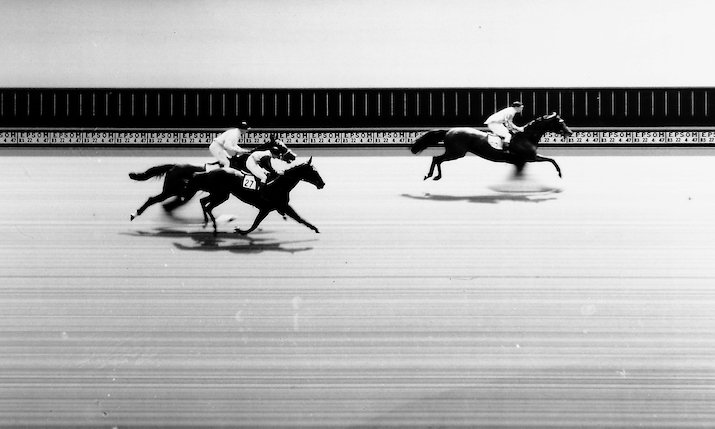 RaceTech is celebrating 75 years since the first photo finish equipment was formally used in horse racing to decipher the result of The Grand Metropolitan Handicap race at Epsom in April 1947.

As providers of the photo finish for three quarters of a century, RaceTech, originally called The Race Finish Recording Company, is proud of its heritage and the continuous development of modern photo finish systems which bear little relation to that original black and white print 75 years ago.  The company went on to provide photo finish technology in the 1948 Olympic Games in London.

The system was used to determine the outcome of a Classic race for the first time in the 1949 Two Thousand Guineas at Newmarket followed by The Derby at Epsom in June that year.  It wasn’t until 1983 that photo finish became available on all British racecourses.

The first colour photo finish image was produced in October 1989 for the Dewhurst race at Newmarket. Then in 1995 the Hawkeye black and white electronic photo finish system was brought into use for horseracing; this was upgraded to colour in 2000.

Since then, there has been rapid technological development with regular upgrades to equipment which has sped up the image process and enhanced visual quality. In 2019 RaceTech, with the British Horseracing Authority, adapted a new reverse angle camera on the finish line which was first used in March that year at the Cheltenham Festival and later at Royal Ascot. It enables the judge to have a view of horses crossing the line in conjunction with the mirror image and is especially beneficial on wider courses when horses finish close together on the grandstand side.