Remote glitter: Behind the scenes at BBC Sports Personality of the Year 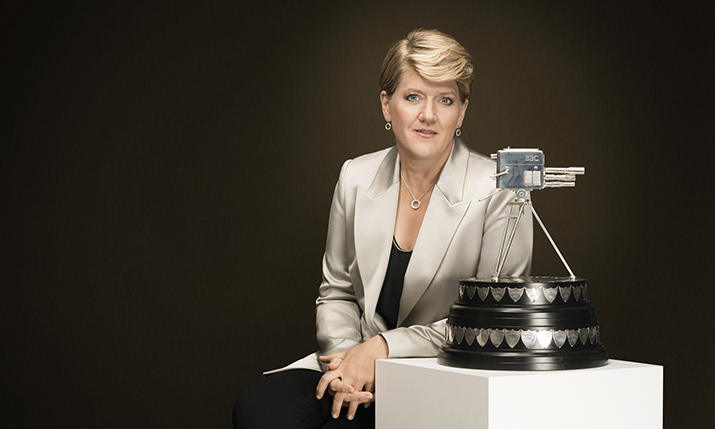 Thanks to the clever use of technology and meticulous planning, the 67th BBC Sports Personality of the Year (SPOTY) will once again be playing to a huge audience in 2020, only this time it will be composed of a virtual wall made up of hundreds of participants and millions of BBC1 viewers.

A fixture in sports broadcasting that has had to change to cope with restrictions? Surely not! No awards on offer for guessing the reason, but SPOTY has swapped its traditional big arena night out for the only slightly more intimate surroundings of MediaCityUK in Salford.

SVG Europe spoke to Carl Doran, executive editor of SPOTY and head of production Debbie Dubois, just prior to the event on 20 December to get the inside track on the evening.

With a presenting line-up that features Gary Lineker, Clare Balding, Gabby Logan and Alex Scott, the SPOTY ceremony will champion the teams that triumphed despite the pandemic, sports stars that achieved greatness even with interrupted schedules and the coaches and local heroes that made it possible.

“It’s obviously a very different show this year to what we’re normally used to,” says Doran. “For many years now we’ve been in a big arena with a big audience of 10,000 to 12,000 people. This year we’re back in the main studio at Media City [SPOTY last broadcast from here in 2011], but we’ve got a really exciting show planned.”

The event will take place in dock10’s HQ1 at MediaCityUK, which at 1160 sqm lays claim to being the largest multi-camera TV studio in Britain. 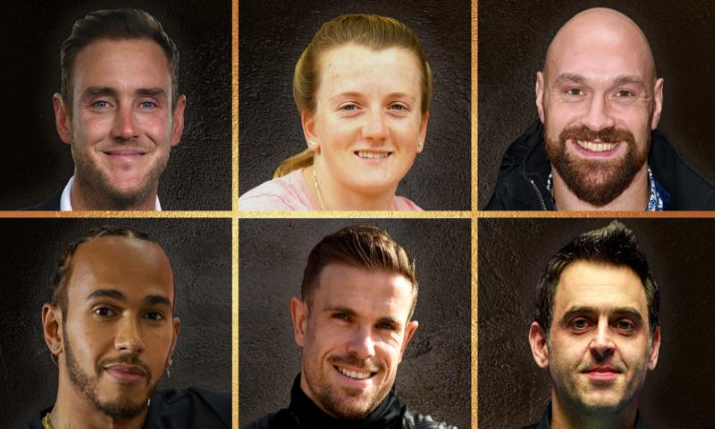 “We’re really keen to reflect the year we’ve had, the fact that there’s still been some incredible elite sport that’s happened and some great tournaments and events, and great sporting moments,” he continues. “We also want to capture the tone of what the general public have done, using the power of sport to make a difference. As well as the likes of Joe Wicks and Captain Tom, [we’ll be] reflecting on all the unsung heroes, so I think the tone of the programme will match that.”

A large part of the night will centre around the six contenders for the main award. “Despite the fact that some of the major events haven’t happened we’ve still had some incredible sporting achievements,” says Doran.

A shortlist of six contenders has been announced for the 2020 BBC Sports Personality of the Year award. The nominees are cricketer Stuart Broad, jockey Hollie Doyle, boxer Tyson Fury, Formula 1’s Lewis Hamilton, footballer Jordan Henderson and snooker star Ronnie O’Sullivan. Voting will be open to the public during the show.

“We’ll be talking to the contenders and reflecting on their year. There’ll be some amazing films that capture their big sporting moments from 2020,” says Doran. “The climax is when one of those six will win the highly coveted award on the night, and as it’s a live vote it will be very exciting to see.”

Throughout the show, there will also be some big music performances. “We’ve got Celeste, one of the standout performers of the year, performing two tracks on the night,” Doran reveals exclusively to SVG Europe. “She’s going to open the show and we’re really excited that she’s also going to do a bespoke number for Sports Personality of the Year. We’ve been working with her team creatively about how we make that special.”

Rick Astley is the other performer on the show. “He launched the Unsung Hero campaign for us this year, a very special award for us because it highlights the sort of work that volunteers are doing. He actually recorded the song with the Unsung Hero winners from last year. On the screens we’ll see all of the [regional] winners from this year and at the end we’ll announce the [overall] winner,” explains Doran.

Other awards to be announced include Team and Coach of the Year, while Manchester United forward Marcus Rashford will receive a special award in recognition of his work to raise awareness of child food poverty in the UK.

“Every year [SPOTY] has been a massive event and we still want to keep the same production values, even though we’re in a normal TV studio,” says Doran. “For COVID reasons we’re not allowed to have an audience inside the studio this year which is a real shame, but we have got a virtual audience.”

This is made up of a number of different groups, numbering in the hundreds of participants. “We’ll have some former winners of the SPOTY award joining us live from their homes; we’ve got quite a few of them already signed up,” Doran explains.

“We’ve got 40 Special Olympics stars who will be joining us virtually and we’ve got 240 of the runners from the London Marathon this year, just ordinary members of the public who did some great fundraising.”

According to Dubois this virtual audience will form part of a new set that has been commissioned for SPOTY. “We’ve tried to work with the space in HQ1 to really give a sense of scale. A virtual audience wall has been built into this new set design; it looks really impressive,” she says. “Quite often the style we’ve seen on shows like the Royal Variety Performance is a virtual audience facing the presenter, but actually ours is very much part of the set. It’s sort of a horseshoe shape that comes around so you really get the scale of that virtual audience. People at home watching it will see that audience alongside presenters, performers and so on.”

Each individual member of the virtual audience, which is being co-ordinated by live broadcast graphics firm Happy Graphics, is connected via direct link, rather than via a chat app like Zoom. “It’s quite clever what you can do with the wall,” says Dubois. “You can break it up into groups of people. There’s quite a lot of planning and co-ordination to get those groupings on the screen and in the right place at the right time.”

As well as presenters, planning the set also had to take stock of the music acts, which need even more social distancing than the usual restrictions of two metres. “We’ve really looked at how we use the size and scale of this new set, how we position people so that, in terms of the range of instruments and so on, we can get everybody on stage and still maintain that social distance,” says Dubois. “Just plotting all of that has been quite an awesome piece of work.”

“Obviously, safety is our number one concern but we are hoping to have some sports talent in the studio as well,” adds Doran. “It’s totally different to previous years where we pride ourselves on getting hundreds of sporting stars, the biggest names from around the world, in the studio. This time we’ll just go for those key people who are needed in the studio. If they can’t be there, whether that’s for sporting reasons or for safety reasons, we’ll join up live from an OB.”

The planning for those key personalities in attendance on the night has also been painstaking.

“It’s been carefully planned in terms of how they arrive, how they’re greeted, how they get onto the red carpet,” says Dubois. “They will be taken into an extended green room area which has been set out adhering to household bubbles. We’ve got a very scaled-down press wall, with only BBC press there.”

Such rules apply to production staff too, of course. “We’re spread across several areas because of social distancing. We’re in the main studio, but we’re actually also making use of the HQ2 gallery which is the second-largest studio there,” explains Dubois. “We’ve had to work with dock10 on how we get everybody in. They have put in perspex screens between operators, so if you can’t keep within the two metres then obviously you’ve got the added protection of the screens.”

All this planning has taken time. “As the events of the year have unfolded we’ve changed our strategy quite dramatically over the past few months,” says Doran.

“I think we knew quite early on in the summer that we wouldn’t be in an arena,” adds Dubois. “By September we’d started having the conversation about how we were going to do this in the studio.”

While some aspects of the planning are fixed, given the fluid nature of sports fixtures and the possibility of injuries, never mind yo-yoing COVID restrictions, contingencies and options are always essential.

According to Dubois, including camera crew, presenters, the production team, dock10 staff and caterers, there are around 140 people on site working across the weekend.

“The interesting thing is that normally we’re dealing with hundreds of people who are key to the show for various reasons, so it’s easier in that sense that we’re only dealing with a small number of people here,” say Doran. “But when you’re only dealing with a small number of people, then you’re more reliant on them. As Debbie says, we’ve got so many contingencies in place around the show, we’re obviously very experienced in making it and therefore we’re always thinking of likely scenarios.”

With Doran working on SPOTY since 2003, and Dubois a mere 10-year veteran, that’s a lot of experience to draw upon. It looks like the show is in good standing to go ahead as planned.