Finepoint Broadcast has seen strong sales both of new and pre-owned broadcast equipment throughout 2018 with accelerating demand for cameras, lenses, recorders, production servers and monitors. 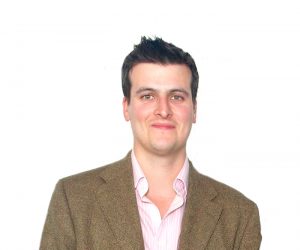 “HD is still the dominant production format throughout the broadcast industry but 2018 has seen the introduction of some very competitively priced 4K UHD kit such as the Sony PXW-Z190 camcorder which was announced in April at NAB,” commented managing director Giles Bendig. “This offers the ability to shoot, edit and view content in Hybrid Log-Gamma HDR at a low-mid price point.

“Demand for high-end cameras and lenses remains strong which a lot of interest being shown in the Canon UJ27x6.5B UHD DIGISUPER 27 studio box lens with its 27x zoom ratio and 4K-plus resolution. At the lower end of the price scale, Canon has also made 4K production very accessible with its compact XC15  camcorder much in demand. Another significant player is Blackmagic with its URSA Mini cameras and the Pocket 4K Cinema.

“Robotic HD pan/tilt/zoom cameras are also selling well into many markets where remote operation increases the efficiency of a given number of production staff. JVC and Sony are both specially active in this product sector, JVC with its low-price KZ-PZ100 and Sony with the mid-priced BCR-H800 and higher-end 14x optical zoom BRC-H900. A recent high-end addition is the top-end BRC-X1000 which extends robotics into the 4K world.

“One of the most significant recent developments in the recording category is the Sony PWS-4500 UHD/HD live production server. Designed for applications such as sports, studio or stage events, this is ideal for use with high frame rate cameras and delivers easily controllable slow motion. A useful feature is the ability to select HD on a pan-and-scan basis from incoming 4K, delivering digital zoom without losing resolution. IP compatibility is becoming increasingly important especially for OB projects. The PWS-4500 be configured to integrate into IP systems via an optional Networked Media Interface board without losing SDI compatibility.