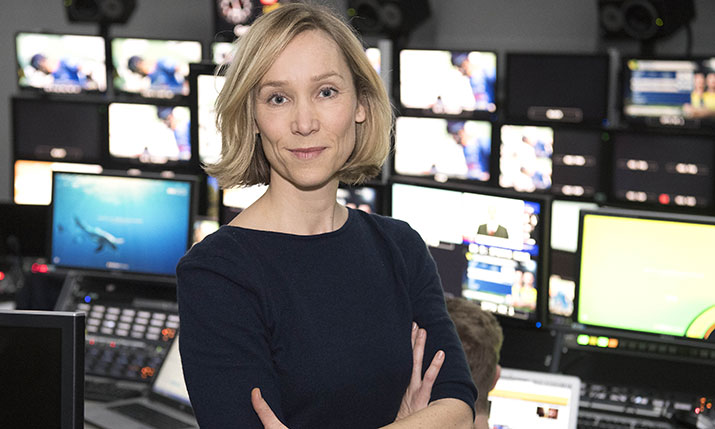 Inga Ruehl is joint winner of the award with Borika Vucinic

Rise, the advocacy group for gender diversity in the media technology sector, has announced two recipients of its Woman of the Year award for 2021.

Inga Ruehl of Sky Sports and Borika Vucinic of Bell Media will receive their awards during a ceremony in London on Thursday 18 November that forms part of the DPP Leaders’ Briefing event.

The Rise Awards 2021 will also be streamed globally by Red Bee Media.

Mark Harrison, CEO, The DPP, said: “We are honoured to host this year’s Rise Awards, celebrating some of the outstanding achievements by exceptional women in the media technology sector. The event is an important platform to promote their contributions and inspire more women to seek and seize opportunities in this dynamic industry.”

The Woman of the Year award is awarded by the Rise Advisory Board and is open to any woman from across the sector and at any level. It is presented to an extraordinary and inspirational woman who has made a significant contribution within her field. This year, the judges were unable to choose just one winner from a shortlist full of extremely talented women from around the world, so they decided to honour both Ruehl and Vucinic.

Ruehl is executive director, production services and operations for Sky Sports. Her teams look after the planning and delivery of all home-produced content across 11 live sports channels, with responsibility for studios, post-production staff and facilities, as well as outside broadcast and crewing. Ruehl and her teams led the way for Sky Sports’ introduction of remote production operations, experience which came to the fore during the pandemic. She is a rare example of a female leader in a male-dominated environment and is passionate about creating a more diverse workforce within Sky Sports.

Vucinic is vice president of Bell Media’s network, Canada’s largest media conglomerate. Her role is to oversee engineering support and operations for the Bell Media network broadcast sites in Montréal and Toronto, and project engineering and network support for television and radio stations across Canada. With 25 years of experience with the Bell team, Vucinic has earned a reputation as an innovator and team builder, driving people and process transformation to enable new features, services and cost efficiencies. She also lends her passion for broadcasting to industry organisations, currently serving on the North American Broadcasters Association (NABA) board of directors as a vice president, and is recognised as a pioneer and a voice for women in communications and technology.

The Rise Awards will be hosted by presenter, radio DJ and actor Sarah Champion.