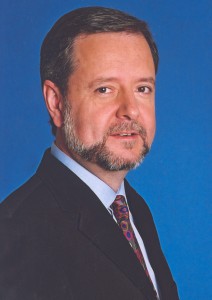 Wolfram Klemmer: “One of the biggest technology projects in the history of rbb”

Rundfunk Berlin-Brandenburg (rbb) has awarded the bid for installation of a file-based and networked production infrastructure at its Potsdam site to Wellen+Noethen. This order puts the systems integrator in charge of one of the currently most significant broadcast infrastructure projects across the German speaking countries.

For the past six months German broadcaster rbb has been distributing its programmes in HD format over satellite, cable and IPTV. Now, through a complete technological reorientation, the broadcaster is taking a further step and building up a new end-to-end file-based system architecture. Over the coming 14 months rbb Potsdam’s infrastructure will be transformed into one of the most modern TV production platforms in Germany, based on highly efficient workflows and broadcast IT systems.

“The installation of an entirely file-based TV production is one of the biggest technology projects in the history of rbb,” said Wolfram Klemmer, chief engineer and head of Systems Planning at rbb. “So of course the plans for it have been carefully laid and we have looked into all of the possible solution concepts.

“We defined a range of criteria that are particularly important for the infrastructure, such as uniformity and speed of workflows and production processes, high accessibility of the overall system and a coherent redundancy concept. In its bid Wellen+Noethen optimally combined these and also other aspects in a technically compelling and at the same time economically viable concept,” said Klemmer.

Implementation of the new infrastructure will be divided into the areas of ingest, media asset management (MAM), production, outgest, editorial and network technology. For the technical realisation of the project, Wellen+Noethen will implement, among others, a central MAM system for ensuring collaborative workflows and production processes across all functions.

In a further stage of the contract, centralised ingest and outgest, central archiving and video and audio postproduction will be merged by system components into a closely interlinked, file-based infrastructure. Similar to the other areas of production, all editorial processes will also be integrated in the media asset management and linked through suitable interfaces with the web-based content management system of rbb for management of its website.

“We are happy to extend our partnership with rbb down the line with this order,” says Daniel Url, general manager at Wellen+Noethen. “This project contains some special technological aspects, for example the customised integration of the client’s preferred production format, rbb have chosen AVC-Intra as the standard codec for its networked production environment. It will be our job to optimise the workflows to be implemented for the bandwidth of AVC-Intra and integrate the interfaces in close collaboration with the involved vendors and manufacturers.”

Alongside the technological aspects, logistics will also pose a significant challenge on this project. For example, the new production infrastructure is not going to be built on a green-field site but rather installed in the existing building complex of rbb in Potsdam, and this will all take place during normal broadcasting. Completion of the new file-based production platform is planned for the second half of 2015.