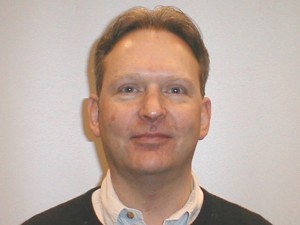 In the wake of the DPP (Digital Production Partnership)’s Technical Standards committee’s agreement of a Technical Delivery Specification for programmes and interstitials for all UK national broadcasters, Sky has revealed that its Sound Department is now required to mix all audio in compliance with the EBU R128 Loudness Recommendation.

In a significant day for the roll-out of universal technical standards, the DPP Technical Delivery Specification was formally adopted by all UK national TV broadcasters on 16 October. As part and parcel of this change, the R128 Loudness Measurement was adopted in place of the original PPM 6 scheme.

Published in August 2010 after several years’ intense work by the audio experts in the EBU PLOUD Group, R128 tells how broadcasters can measure and normalise audio using loudness meters instead of PPMs (Peak Meters) only, as has been common practice. In short, R128 recommends the normalisation of audio at -23 LUFS +/- 1 LU, measured with a relative gate at -10 LU, as well as a Maximum True Peak level of -3dBTP. This approach, says the EBU, can be applied to “virtually all” material.At Sky, implementation and management of R128 are undertaken by a Technical Standards Steering Group that includes BSkyB chief engineer Chris Johns alongside Vaughan Rogers, Chris Whatmore, Ashley Ross, Mike Edgerton, Garry Metcalfe – and senior sound consultant for Sky Production Services, Martin Black, who tells SVG Europe that Sky had in fact been preparing for the arrival of the regulation some considerable time in advance.

“In the short term at least, [it’s a case] of simply ‘keep calm and carry on’,” he says. “Being skilled sound mixers, and using a combination of PPMs and trained ears, our live output from studios and OBs is already very largely compliant with the new spec. However, all the SCRs in Sky Studios, and the ICA and bulletin studio, also have one or more loudness meters available in them. The primary loudness tool we have is the RTW TM7 meter, and this is located just below the twin PPMs on the Calrec Apollos, and in the meter upstand of the Artemis desks.”

The RTW meters, says Black, have been set up to diplay both the LUFS and dBTP parameters in a box located bottom left of the screen. The loudness meter displays are fed from the Calrec main 1 desk output, which means that “it does see Tone to Line, which can otherwise bias the reading upwards if not reset afterwards.” Also worthy of note is the fact that the measurement “pauses automatically when silence (or only very low level sound) is on the output, ie. the measurement is gated. As a result, it is isn’t necessary to hit ‘Stop’ (=pause) instantly when you’ve gone into a break. In fact, it isn’t necessary at all if you don’t fade anything up during the break.”

In terms of specific benefits of R128 for sports coverage, Black remarks that “as far as Sky Sports is concerned, not much as we are already doing it. All the guys in the studios which largely do sports pass-through had loudness meters two or three years ago. We drip-fed information to them rather than undertake formal loudness training. They have meters next to the PPMs, and every time I go in we are within a dB of -23 LUFS. […] When you have got a real mixer with experience, it isn’t that difficult to do.”

But whilst Black welcomes the arrival of R128 as a significant step forward for UK broadcast, he is entirely aware that, in its current form at least, it doesn’t resolve all issues related to the loudness problem. “At the moment, it only provides two parameter requirements – the loudness figure and dB True Peak – but you also have to think about loudness range,” he says. “Also, the current R128 becomes less and less reliable if you have slightly ‘quirky’ material.” Nonetheless, he is optimistic that these aspects will be introduced in extensions to R128, “hopefully during the course of next year.”