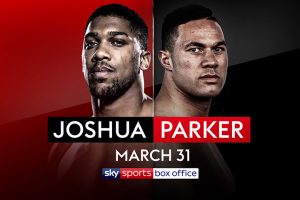 Both boxers will put unbeaten records on the line when they fight on 31 March.

The move will see Sky Sports become — what is widely considered to be — the first broadcaster to show a pay-per-view boxing fight in the high-resolution format when the two undefeated fighters take to the ring on 31 March at the Principality Stadium in Cardiff.

Adam Smith, Sky Sports Head of Boxing, said “With the addition of Ultra HD, this will be a night of boxing like you’ve never seen before. Every punch and movement during the fight will be amplified on screen and each drop of sweat will be enhanced with four times better picture quality. The technology enables Sky Sports Box Office to bring you closer to the action in the ring than ever before.”

BT Sport was the first broadcaster in the UK to show boxing in UHD when it covered Terry Flanagan against Petr Petrov at the Manchester Arena in April 2017.