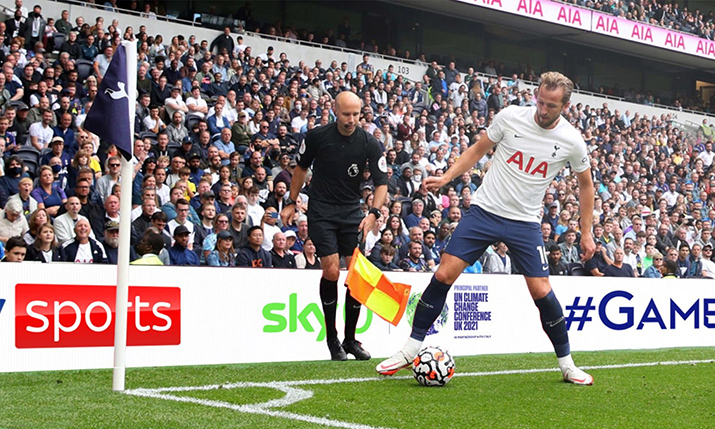 Sky has revealed that Game Zero, the Premier League fixture between Tottenham Hotspur and Chelsea, achieved net-zero carbon emissions, becoming the world’s first elite football match to do so.

Working in partnership with Spurs and alongside carbon specialists RSK and Natural Capital Partners, Sky set the target of hosting the world’s first net-zero carbon football game at an elite level back in September.

Creating a baseline enabled Sky and Tottenham to assess easy wins and tougher challenges of achieving net-zero. This formula can now be used again and again to measure and reduce carbon emissions at major events consistently.

With tens of thousands of fans attending football matches, it’s not possible today to achieve a net-zero carbon match without offsetting. Therefore it was decided that any carbon emissions that could not be cut from the Tottenham v Chelsea match will be offset through a reforestation project that removes carbon from our atmosphere. Sky worked with long-term partner Natural Capital Partners to offset GameZero’s remaining emissions through a VCS and CCBA verified community reforestation project in East Africa.

Some of the ways carbon emissions were reduced were as follows:

Managing director at Sky Sports, Jonathan Licht, commented: ”We hope that Game Zero is the first of many major net-zero carbon sporting events and will inspire long-term change.  At Sky Sports, we’re committed to minimising our impact on the environment and to use the power of sport for good. By sharing our findings, we want to further inspire football clubs, sports organisations, athletes and fans across the world to reduce their own carbon impact.”

Daniel Levy, chairman at Tottenham Hotspur, said: “We are extremely proud to have been involved with Game Zero, working alongside Sky to utilise our collective platforms and show leadership on a key issue that is affecting us all. We thank our fans for their support of the initiative and taking such positive actions around the matchday. It is important to note that none of the measures that were implemented around Game Zero were a one-off, we continue to assess all of our operations and identify ways to reduce our carbon footprint as a club moving forward.”

Tom Popple, senior manager, climate change & sustainability at Natural Capital Partners, added: “We were delighted to work with our long-term partner Sky to offset emissions from Game Zero and help raise awareness of the need to reduce emissions in sport. Sky takes a robust approach to measuring, reducing and offsetting emissions and always challenge themselves to go further. We hope that this activity inspires others to follow their lead.”

Sky is on the journey to be net-zero carbon by 2030, and to get there it has committed to supporting its partners, suppliers and customers to do the same.

Tottenham Hotspur and Sky Sports are also both signatories of the UN Sports for Climate Action Framework, and both Sky and Tottenham are founding partners of Count Us In, a global movement aimed at mobilising one billion people in the fight against climate change.