Sport Production Summit: Getting to grips with esports production workflows and technology [AUDIO] 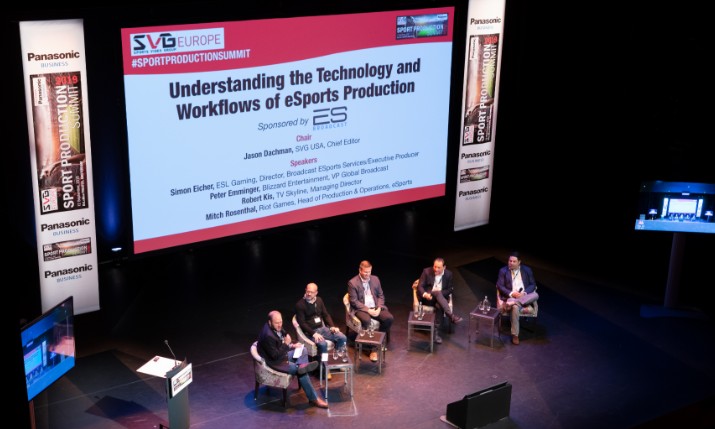 During Sport Production Summit 2019 in Amsterdam, a panel of experts led by SVG USA chief editor Jason Dachman discussed the technology and workflows of eSports.

Sponsored and introduced by ES Broadcast, the session shone a light on an exciting and rapidly growing area of broadcasting that brings with it the complexities of a digital production generated by computers as well as people.

With massive audiences for live events, watched globally by millions more viewers over the web, the production of a live eSport event is a learning curve for those from the traditional side of sports broadcasting.

In ‘Understanding the Technology and Workflows of eSports Production’, top executives from the world of eSports explain exactly how an eSports production operates, from technical requirements to the workflow, enabling thousands to watch live and millions more to concurrently experience the game.

You can listen to the whole un-edited session below.