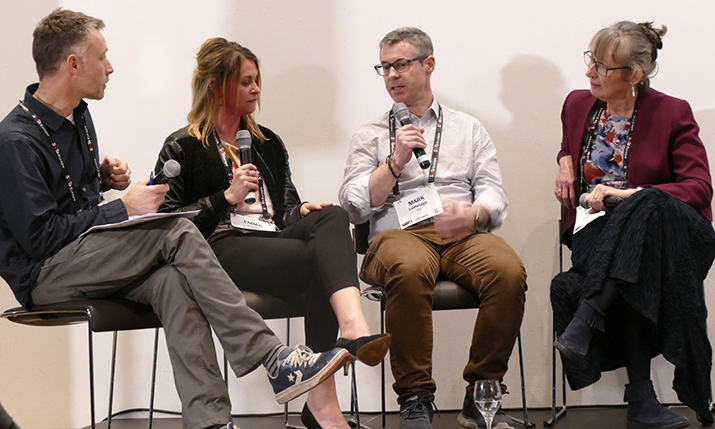 A lot has changed in the last two years, but SVG Europe’s Sports Audio Summit wasn’t about being stuck in the past. If anything, it was about how to better embrace the changes, and where those changes might take us.

The event at Kings Place in London was the first time SVG Europe’s audio community has been able to meet in person after two years of online meetings and seminars. In that time the audio landscape has changed beyond recognition. Consumers expect more immersive content and the sports broadcast community industry has been delivering it; lots of it. More content, in more formats, across more networks and from more places.

The packed schedule reflected all of that, tackling immersive audio, personalised audio and virtualisation, while the cloud cast its huge shadow over everyone.

“Trucks which provide facilities for remote mixing are one thing, but it would be crazy to build a new broadcast truck which didn’t include immersive monitoring.”

Its Dublin facility went online in the summer and now serves as a central broadcasting hub for both regional and global live esports across all Riot Games’ esports titles. With a minimum of 128 channels of audio for every broadcast and 17 language feeds to cater for, its centralised model provides support for its partners wherever they are.

“The goal is to add value,” said Rybalko. “Whether that is in the cloud, on-prem or a hybrid doesn’t matter. FPGA hardware isn’t going away anytime soon, but for regional growth, the cloud is the easiest way to go.”

In the first, NEP deputy head of sound Neville Hooper spoke with Genelec regional business development manager Andy Bensley about the practicalities of working with Atmos in enclosed spaces and, with the shift to more remote working environments, the importance of having consistency of monitoring wherever you are mixing.

“We are having more and more discussions with clients about how to provide immersive audio,” concluded Hooper. “Trucks which provide facilities for remote mixing are one thing, but it would be crazy to build a new broadcast truck which didn’t include immersive monitoring.” 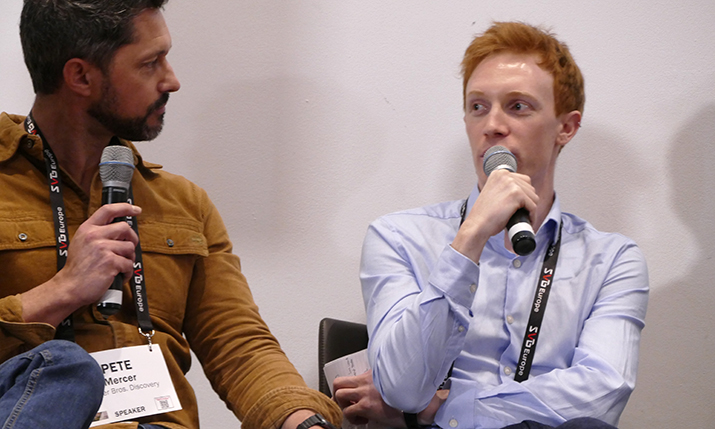 In the next session, the conversation returned to the cloud and in particular sports production virtualisation. Companies across the broadcast community are embracing cloud microservices in a bid to streamline workflows and to encourage flexibility, but audio has always been thought of as a cloud-shaped thorn in the side of widespread adoption.

That’s not the case. Both Warner Bros. Discovery Sports, senior sound manager Pete Mercer (above, left) and Harry Brown, Sky Sports sound supervisor (above, right), spoke candidly about ways both broadcasters were utilising cloud services to streamline the way they work, with both acknowledging that complete solutions are not there yet.

Greg Kopchinski, Waves’ product manager for live and install, and Tom Knowles, SSL product manager, representing the manufacturing community that is looking to provide parts of the solution, agreed, that the route isn’t clear.

Cloud services have helped Sky provide live programming, such as netball and Cop26 coverage, but Discovery’s Pete Mercer also noted that solutions for full cloud adaptation are not there yet. There is no one-size-fits-all solution, and what options do exist are completely dependent on the application.

On the manufacturing side, the same problem exists, and the approach is different from every company. It’s vital that manufacturers work hand in hand with broadcasters and the direction should come from them, because what they want to do will help define what is on manufacturer’s product roadmaps. 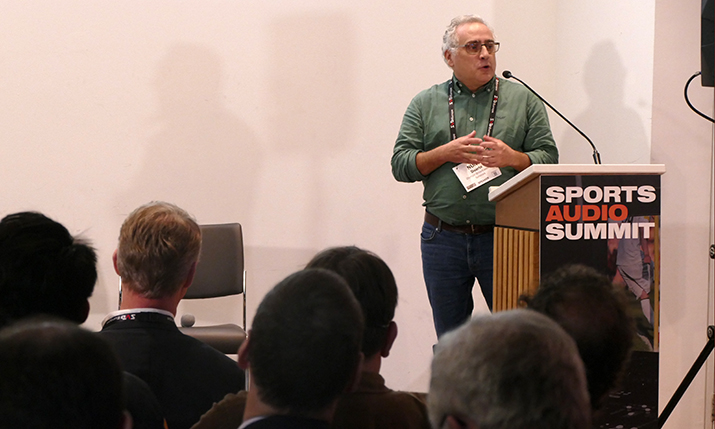 Back on immersive audio, Nuno Duarte (pictured, above), sound design and audio manager at Olympic Broadcasting Services (OBS), took a fascinating deep dive into the concepts and technologies behind the immersive audio output at the Summer and Winter Olympic Games.

With both events taking place within six months of each other, it was a challenge, but providing immersive coverage for more than 100 different events was also an enormous opportunity. OBS first experimented with immersive coverage back at Sochi in 2014, creating an immersive mix in parallel to the main output, and by the Tokyo Games everything was fully immersive.

The talk was generous, with insights into planning, implementation, quality control and delivery, and included some of the challenges they needed to overcome along the way, such as how to deliver content to dozens of rights holders to they could encode it across multiple formats, or how to design consistent immersive coverage across so many events in completely different environments – and train 300 audio engineers to maintain that level of coverage across the board.

Duarte concluded with the thought that “delivering a brand new and unique product to rights-holding broadcasters, with no real financial impact on the cost of production,” was a success that broadcasters can build on.

The day’s final look at immersive audio was a heavyweight panel which invited Duarte and NEP’s Neville Hooper back to the stage alongside NBC Sports and Olympics’ senior director of audio engineering Karl Malone, and Sky Sports technical specialist and A1 mixer Alex Judd.

“We need to acknowledge that the bar is higher for other entertainment like movies and drama, and sports broadcasters need to keep pace.”

It quickly became clear that immersive audio is de facto standard of premium content. Not only that, but as immersive consumer technology becomes ubiquitous, such as Sky Glass which has Atmos baked into the hardware, audiences are demanding the same levels of immersion from sports as they get from other forms of media.

“We need to acknowledge that the bar is higher for other entertainment like movies and drama, and sports broadcasters need to keep pace,” said Judd. “The appetite for it is there and it should be our goal to make immersive audio the standard format. You don’t realise what you are missing until you have experienced it!”

In between, we saw ‘Tech Updates’ from Audio Technica’s Rodrigo Thomaz on the company’s 8.0 Microphone and IP tech technology concepts, while Salsa Sound’s Ben Shirley reported on its world-first automated MPEG-H demo of true object-based audio.

This discussion reflected on some of the themes of the day and began to look to the future, but, in the main, it explored how audio advances impact the sports broadcasting workforce.

People are always at the centre of any technological, creative or operational change, regardless of how many clouds, stems or channels may be involved.
And for all the advances, that is probably the one thing that hasn’t changed in the last two years. 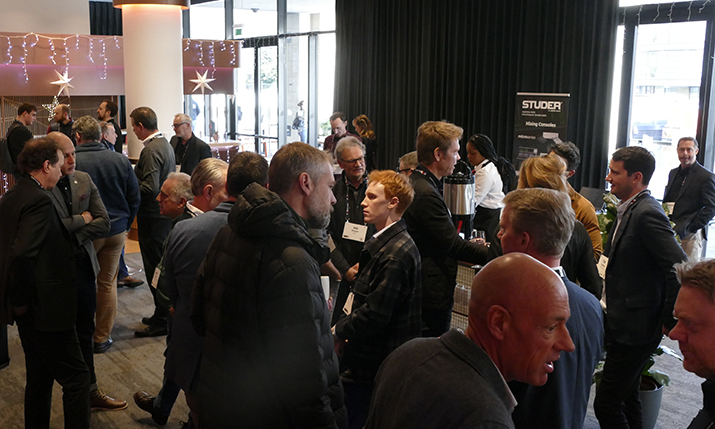