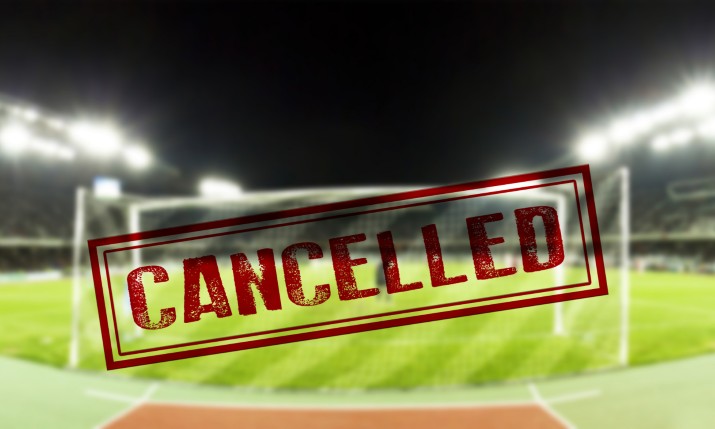 Numerous sports leagues and federations have cancelled or postponed events down to fears of, or actual, coronavirus spread and infection, leaving broadcasters with the challenge of filling their programming schedules.

The question of what to do with the available airtime is still being decided upon in many cases but one un-named broadcaster told SVG Europe that it will continue to show any live content where possible, as well as premiering sports films and similar post-produced content, while airing archive programming and re-running old matches but with additional commentary.

Among those hardest hit are the pay-TV broadcasters who are not only having to fill the airtime but are also now increasingly facing questions from subscribers who feel they should be getting refunds.

Sky Sports UK managing director, Rob Webster, said in a statement: “Sky Sports is working closely with all our partners to better understand the impact on the annual sporting calendar. We recognise that it is a fast-moving situation and we are working at speed to ensure we continue to deliver for all of our customers.

“A number of sporting events have been postponed, but not cancelled, so we expect to be able to show these when they are rescheduled. Therefore, our live schedule is likely to look different for a period of time. As more information becomes available, we will continue to provide updates to all of our customers,” Webster concluded.

Meanwhile, BT Sport said in a statement: “We apologise to customers about the changes to the BT Sport schedule this month due to the impact of Covid 19. The situation is evolving rapidly and we are working with the leagues to continue to broadcast live sport wherever possible and broadcast games when they are rescheduled over the coming months.

“We will continue to broadcast a wide range of BT Sport content including films and documentaries and we will update our customers as we have a clearer view of the remainder of the season.”

“A number of sporting events have been postponed, but not cancelled, so we expect to be able to show these when they are rescheduled. Therefore, our live schedule is likely to look different for a period of time.”

Although less likely to face questions about refunds, public service broadcasters are also feeling the pressure.

A spokesperson for BBC Sport stated: “We will make decisions on a case by case basis, working with fellow broadcasters and rights holders to ensure the best possible outcomes for audiences and sports fans.”

The list of postponed and cancelled sporting events is now so vast and wide-ranging that it is easier to pinpoint the events still going ahead.

Horse racing is continuing in the UK today, but behind closed doors, while Olympic boxing qualifiers are taking place at the Copperbox Arena in London.

However, in football alone, all English football is suspended until 3 April across Premier League, EFL, FA Cup, Women’s Super League, FA Women’s Championship. In Germany, both the Bundesliga and Bundesliga 2 are off until 2 April while LaLiga in Spain is suspended for “at least the next two rounds of matches”.

In Scotland, all Scottish football is postponed until further notice and the situation is the same for all Champions League and Europa League matches.

UEFA is meeting on Tuesday (17 March) to discuss its domestic and international tournaments, including Euro 2020 which is expected to be put off until 2021.

While leagues are announcing postponements of games, most rights holders still hope to be able to broadcast the remainder of the seasons and tournaments over the coming months.