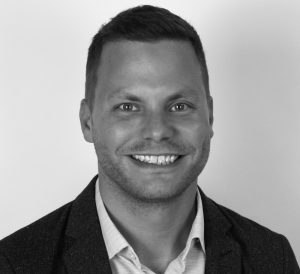 In this latest Sit-Down interview, Ben Murphy, managing director of ES Broadcast, explains how the company is helping production companies and broadcasters meet the challenges of technology changes.

The nature of sports broadcasting is changing dramatically, not just with the emergence of UHD, but with the insatiable demand for OTT content and universal coverage of a vastly expanded array of sports. Remote live production, with much smaller crews, is on the rise – not as a threat to top-tier OB, but as a burgeoning bottom end to the market. The challenge to our sales and systems operations is to make sure that our expertise, product base and industry knowledge stays up to speed with the expanding market we are servicing.

Over the last 18 months, ES Broadcast has gone to great lengths to ensure that we meet those challenges, recruiting well-respected, highly knowledgeable staff who can point to a broad range of experience in the industry. Alan Henry has joined as Commercial Director, bringing with him more than 15 years’ industry experience with both manufacturers and asset finance banks. Just prior to IBC Jonathan Lyth was appointed technical director and Chris Williams joined as projects director, underlining our commitment to bringing our systems integration services fully in-house, by recruiting some of the most capable system engineers in the industry.

Combined with a firmly established reputation as a broker for OB truck sales, ES Broadcast is now better placed than ever to service the outside broadcast market. Our in-house systems and equipment supply teams have vast experience of systems integration projects of all types and sizes, including delivering more than 50 OB trucks and 50 studios, as well as post production suites, MCR/TX facilities and broadcast facilities.

From a hire perspective, the challenge for ES Broadcast Hire is to continue to be at the forefront of supporting the switch to 4K sports broadcasting. As with the transition to HD, live sports production is proving to be a very fertile testing ground for the step up to UHD, and ES Broadcast Hire is playing a prominent role in helping OB companies make 4K sports coverage a reality.

Over the last couple of years, we have put the emphasis firmly on building one of the largest 4K hire fleets in Europe, and on developing the in-house knowledge and skills to be able to offer expert advice to our clients. Having established ourselves as one of the leading providers of 4K equipment, our goal is to continue in that vein, anticipating demand for new technology by ensuring we make informed investments in the kit we know OB and live production providers will need. The excellent relationships we have established both with our clients and with manufacturers are key to making sure that our product portfolio continues to match the needs of OB companies.

The rapid evolution of remote live production technology is both a reaction to, and driver of, the way in which content is delivered to the end user. Costs are coming down dramatically and ever more channels and other outlets for content are appearing. We are seeing a big drive to produce large amounts of additional live content, and this in turn translates to more niche events potentially being covered. However, this needs to be at a lower cost, with less man-power – and that’s why we are seeing a new revolution in production technology.

All-in-one live production systems are coming to market, like SimplyLive’s Vi-Box, which enables a skeleton technical crew to create broadcast quality content with multi-camera directing, replay, audio and graphics controlled by sometimes just two people. This also brings the possibility of content enhancement for events that may have only been covered by a single camera in the past – so it’s not necessarily erosion of top-tier OB, but rather expansion at the other end of the market.

This potentially opens opportunities for ES Broadcast’s business, both from a hire perspective, and in terms of equipment supply and systems integration work. Top-tier sports broadcasting is never going to go away, with such phenomenal amounts of money involved. But smaller production work around more specialist sports are going to demand a different approach that is suitable for reduced budgets and smaller crews – and there is definitely opportunity for ES Broadcast to support this market growth.

4K hybrid set-ups which utilise both SDI and IP workflows are the natural stepping stone on the path to the anticipated eventual move to full IP infrastructure. They will give OB companies, studios and broadcast facilities the leeway they need to work through the range of issues that are bound to occur when making wholesale changes to long-established workflows and technology. 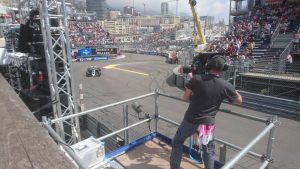 Widespread adoption of IP is going be a very gradual process. While we have seen some major installs and OB builds making the switch to IP, for a good proportion of the market, the benefits of changing just aren’t there yet. Instead, they are looking to 12G-SDI technologies as a cost-effective method of installing 4K-ready infrastructure without making sweeping changes to an existing workflow that is familiar to facility operators. ES Broadcast is currently building a sizeable facility around 12G, with exactly that aim in mind.

Manufacturers are likewise promoting the benefits of 12G. Some have been doing so for some time, while others are starting to implement it – either in upgrades to existing equipment, or as new products that are natively 12G. This increase in 12G solutions will benefit us as a systems integrator – as well as our clients – by simplifying end-to-end systems design.

Where do you think we will be with HDR by the middle of 2018? Or should we be looking further ahead for significant take-up?

The acquisition technology for HDR is already in place – from systems cameras through to cine-style camcorders and monitoring – and most signal paths are capable of passing HDR. One of the barriers to HDR becoming commonplace is a lack of a defined industry standard, especially for delivery to consumers.

We also feel that broadcasters are still weighing up if there is consumer demand for HDR, especially coming hot on the heels of the significant investment many are making in UHD broadcasting.

But, while 4K programming is still ramping up, HDR is another challenge that broadcasters are already conducting trials around – indeed ES Broadcast has been instrumental in facilitating recent 4K HDR live production trials for a number of broadcasters. But that is exactly what it is at the moment – a test phase -– so we feel HDR is some way off becoming commonplace.

And how about 4K? Will there be any significant developments over the next few months that will impact the rental sector?

We’re seeing significant demand from OB and live production providers for a 4K 40x lens to complete the UHD lens line-up. A lens like the Canon HJ40 has been an essential part of HD broadcasts over the last decade, so inevitably there is a lot of anticipation around a 4K update of this lens. We’ve seen Canon and Fujinon steadily upgrade their fleet from HD to 4K, and a 40x ENG lens is the missing piece of the puzzle. Once they are available, they will further expand the scope of 4K broadcasts, especially for coverage of sports like golf and darts. ES Broadcast Hire will be looking to make an investment in these lenses, to ensure we continue to lead the way in 4K broadcast hire solutions for our clients.