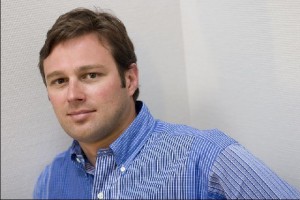 In the sports production world, EVS is a name that requires very little introduction, such is the ubiquity of its XT3 hardware platform and solutions such as the IPDirector family of video production management applications in broadcast centres and OB facilities. If anything, the Belgium-based company has assumed an even higher profile worldwide after pursuing a more clearly delineated strategy based around four primary markets – sports, entertainment, news and media – from early 2013 onwards.

In a far-reaching interview, EVS marketing manager EMEA Sébastien Verlaine reflects on recent product developments, adoption of the C-Cast connected content platform, and the glory of the French Open…

How would you describe overall activity levels for EVS in 2015 so far compared to last year?

After a very busy and successful 2014, we thought things would slow down a little this year, but so far that has not been the case. 2015 started with a bang and the momentum is still very strong. This can be explained by the excitement around some of our latest product releases.

Since the beginning of the year we’ve introduced Epsio FX Reveal Mode, which allows LSM operators to present external data during instant replays. Graphic overlays of biometric sensor data or the game’s shot clock are inserted into live replays with a single LSM remote control panel. The result is better live coverage with key information added to instant replays that give fans a complete picture of the event.

Another important release has been DYVI, EVS’ IT-based switcher that provides production teams with unprecedented flexibility and creative power, as well as the ability to produce remotely. This innovative solution is scalable, because it relies on a modular panel design that enables you to switch very easily from an entry-level to a full-scale production. And since DYVI was developed with IP connectivity in mind, remote production and content contribution is a reality. As seen recently during a live remote production trial organised by Gearhouse Broadcast, where HD footage was carried through a 10Gbit 10km fibre and cut using a new DYVI setup.

The deployment of several EVS solutions, including the IPDirector content management suite and C-Cast multimedia distribution technology for the live coverage of the FIFA Women’s World Cup in Canada and the SEA Games in Singapore, have also kept us busy. Not to mention the incorporation of EVS’ powerful XT3 server in Timeline Television’s purpose-built Ultra HD OB truck for the launch of BT Sport’s new 4K channel.

What do you think are the broader factors currently exerting the greatest influence – to good or ill – on media production for sports?

The rapidly changing behaviours of today’s consumers is significantly changing the rules of the game. Fans continue to prefer to watch sports live despite the growth of VoD for other programmes. However, the way they follow live coverage has changed dramatically. They expect to share their experience through social media. They’re also hungry for personalised and exclusive content via second screen apps (e.g. the ability to choose from different camera angles key actions, or to follow a favourite player or driver). And to keep them engaged with what’s on air, they need to be immersed with ultra and super slow motion replays or key information that helps to better understand what’s going on during critical moments of a game.

This is impacting broadcasters and forcing them to adapt their live production and what they are offering to their viewers. They also need to compete with rights’ holders (e.g. sports federations, leagues and clubs), who are increasingly adopting their own multimedia production and distribution models.

Focusing on C-Cast… to what extent do you think you have now conveyed the message about this solution to broadcasters, or is there still much work to be done?

The successful use of C-Cast by customers, such as Canal+ in France for the coverage of Ligue 1 football and Rugby, or HBS for the coverage of the 2014 FIFA World Cup, has helped us tremendously in selling the merits of this technology. The change in sports consumption has also given our message credibility.

However, this technology and what we can do with it is continually evolving. Initially it was developed for broadcasters that wished to monetise recorded content that would otherwise be wasted and offer something new to its viewers via second screens. Today this cloud-based content aggregation and multimedia distribution platform is used by sports leagues and clubs to engage their fans and open up new revenue opportunities. Consequently, we have adapted the messaging to the different audiences.

Can you give an example or two of customers using C-Cast in a particularly innovative or striking way?

With our partner Intellicore we’ve designed a very nice app for the 2014 FIBA Basketball World Cup in Spain. You could follow specific players of interest and access content related to these players very easily. You also received news alerts relating to the tournament or your preferred team. And more recently during the FA Cup Final, EE used C-Cast to provide fans at Wembley Stadium with enriched content over 4G broadcast.

The XT2 and XT3 servers remain stalwarts of global sports production. What do you think are the factors that have led to them becoming so dominant in the market, and what should we look out for in terms of the next evolution of EVS server technology?

There are two important factors that can explain this. One is the robustness and reliability of our servers. They’ve been designed for live productions, where failure is not permitted. The other is that our server technology has evolved with the needs of our customers. As a result, our XT3 server offers 4K support, up to 12 HD channels, native support of the latest codecs available in the market, integration with the most advanced super and ultra motion cameras, 10Gbps connectivity, as well as high-speed networking between EVS servers.

At IBC, we’ll give more details on how EVS is integrating IP to open up new perspectives for live broadcast production.

In what ways do you work with sports broadcast professionals to ensure the solutions you bring to market are reliable and fit-for-purpose?

We’re on the field with them, and we listen to what they have to say. We also allocate a lot of our resources to R&D. In fact, over 50% of EVS employees work in R&D.

What impact has the arrival of new CEO Muriel De Lathouwer had on the EVS business to date?

Before joining EVS as a member of the Board of Directors in 2013, Muriel worked for many years in the telecommunications industry. The transformation that the broadcast industry is going through today, with the increasing use of IT technology, is something that she has experienced ten years ago in the telecommunications sector. Consequently, she is well-positioned to lead EVS through this changing landscape in the broadcast industry. She also has a very pragmatic approach, which has boosted our confidence and our desire to continue to develop practical innovations for our customers.

I’m a tennis fan, and I’m always captivated by the precision and quality of the super slow motion replays that are produced during the French Open. The fact that you can actually see dust spin off the ball when hit with a racket is simply fascinating.