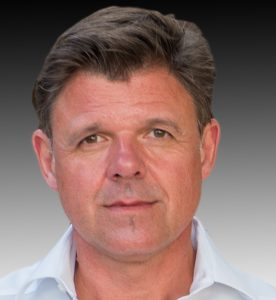 When Ikegami began operations in 1946 it manufactured transformers, choke coils and power supply components. Five years later, it began producing and selling TV studio related equipment. Today, Ikegami is one of the world’s leading manufacturers of broadcast TV camera systems, colour monitors, video production and processing systems, and outside broadcast vans. The company has carried out pioneering work in 8K technology and that proved a good platform from which to launch our discussion with Michael Laetzsch, Division Manager, Broadcast & Professional Video…

NAB saw Ikegami launch its 2/3-Inch 8K Portable Camera. What is the current state of the 8K market? What are your predictions for its take up?

Globally, the main industry focus is on the transition from 2K to 4K, with very strong interest in high dynamic range. 8K is attracting strong interest from major broadcasters as a potential future standard, but that is not expected to translate into significant investment before the 2020 Tokyo Olympics. An important factor is the ability of TV display manufacturers to produce 8K receivers at prices which will attract a significant number of consumers. Sport will certainly be a catalyst.

Where do you think we will be with HDR by the end of this year?  Or should we be looking further ahead for significant take-up?

With 4K opening the window in terms of picture detail, programme producers are now seeing the need for HDR to reproduce low-illumination content which, at lower resolutions, was not visible at all. Here again, the market depends on the availability of affordable HDR consumer displays.

What is so special about the HDK-73 – especially when it comes to sports coverage?

The HDK-73’s F12 high sensitivity 2/3-inch CMOS sensors provides exceptional picture quality in either 1080i or 720p in a cost-effective camera system. Docking style construction allowing studio configuration with fibre base stations, as well as self-contained operation for wireless or onsite recording applications. Fibre configurations include a choice of SMPTE or OpticalCon connectors. The camera cable distance with SMPTE cable and connectors is 3,300 feet, with power provided from the base station. Both base stations are compact (1.5 RU) and lightweight. The OpticalCon solution reduces cost, although the maximum cable distance with 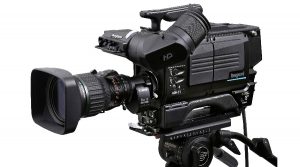 Included with the HDK-73 are key new features such as Ikegami’s Quick EZ Focus assist and CAC chromatic aberration correction. Also included is HLG hybrid log gamma for HDR picture origination. Control of the HDK-73 is provided using a range of control panels from the simple joystick OCP-10 to the advanced touch screen OCP-300. Control panels can be connected direct to the base stations. Assignable Ethernet connection is also available on this camera. These factors combine to make the HDK-73 ideal for an extensive range of applications both in the studio and in the field.

What are the challenges facing camera manufacturers in 2017?

The transition to IP creates a whole new set of options and opportunities right across the industry. IP-based remote OB sports coverage is a particularly exciting area to watch because it allows production teams to source video from PTZ cameras positioned at event stadiums anywhere in the world. The technique has been tried and tested over dedicated telco lines where related events are taking place across several cities, for example, but IP makes communication easier to organise and more cost-efficient. Of course, the challenge then becomes the latency of the IP line but that is easy enough to overcome.

A key question obviously is the timescale for any transition from 4K to 8K. We have taken an active role in developing 8K cameras in partnership with NHK who have their focus firmly set on the 2020 Tokyo Olympics. The key factor here will be the price of 8K consumer television displays which in turn depends on demand and, of course, yield.

Without giving away secrets, what can we expect as the next innovation when it comes to viewfinders?

Ensuring perfect focus of 4K content – let alone 8K – on a small viewfinder is an important requirement. We are addressing that.

With the continuing integration of IT and broadcast technologies, are the colleges producing engineers with the right knowledge base to be of help to you?

In the main industrialised countries, yes. We have not found that an issue.

Do you have a sports-related case study that shows the benefits of your equipment? 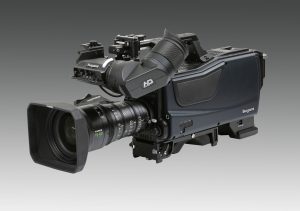 In September 2015 Ikegami delivered to NHK the world’s first 8K OB production vehicle. The vehicle is designed to operate as a complete mobile 8K broadcast production facility capable of producing television of unsurpassed picture quality, complete with 22.2 channel surround sound. Its role is to allow television audiences to experience the full reality of live events from wherever they choose to view. The vehicle was used for test 8K coverage of the 2016 Rio Olympics.

Eight SHK-810 8K cameras were used with the vehicle by NHK for trial 8K broadcasting and public viewing on a 200-inch video projector in Japan. Also used for this event were 33 Hi-MotionII ultra-slow-motion cameras which capture 1,000 frames per second in HD. Regular 8K broadcast services are planned to begin in Japan in 2018. 8K offers 16 times more image detail than HD and delivers very sharp images on screen sizes or 85 inches or more. Public demand for 8K content is expected to be driven by coverage of the 2020 Tokyo Olympics.

Many elements of 8K television production infrastructure are much larger in size, power consumption and number of cables than their HDTV equivalent. Organising an 8K OB vehicle is therefore much more challenging than designing and producing traditional OB vehicles.

The 8K OB vehicle produced by Ikegami delivers extremely high quality and high reliability in a compact size. The vehicle’s specifications allow operation not only in Japan, but also worldwide. That means it can be used for global sporting events such as the Olympic Games. It can be expanded to accommodate additional equipment as and when required.