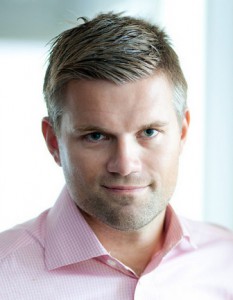 Even by its own prodigious standards, the last few months have been highly eventful for broadcast graphics, playout and real-time data visualisation specialist ChyronHego. The Lyric graphics creation solution has been selected for BT Sport and MOOV’s groundbreaking new 4K channel, the VirtualPlacement tool has been unveiled, and Carl Blandino has come onboard as chief financial officer…to cite just a couple of major announcements.

A little over two years on from the completion of the merger between Chyron and Hego, the combined business is evidently going from strength to strength. Meanwhile, acquisition by private equity firm Vector Capital last autumn has made it easier for the company to pursue new developments and enhance customer services.

It seemed like an ideal time, then, to discuss current projects and the overall landscape for broadcast sports graphics with ChyronHego president and CEO Johan Apel…

In what fundamental ways would you say that the general market philosophy with regards to broadcast graphics has changed over the last decade?

To a very large extent, the market for broadcast graphics has evolved alongside advances in computing power. Moore’s Law is definitely at play here: as CPUs have become faster, more inexpensive and more powerful, and memory capacity has grown, graphics technologies have advanced in kind. As a result, graphics have become much richer and more integral tools for broadcasters to tell a story, particularly in the news and sports environment. It’s been an exciting decade for broadcast graphics with many, many important innovations in rendering tools, analysis and data usage, and we’ve seen an explosion in both quantity and quality of graphics appearing on air.

The former separate Chyron/Hego businesses, and the subsequent combined operation have witnessed significant transitions. But what impact has acquisition by private equity firm Vector Capital last November had on existing operations and future plans?

ChyronHego’s acquisition by Vector Capital has been very, very beneficial to both our company and our customers. As a private company, we’re better positioned to reinforce ChyronHego’s global leadership in news, sports and live production solutions. With a single strong and focused equity partner, we’ll be able to reach new levels of scale, technological excellence and customer service well into the future. Also, the broadcasting industry is extremely fragmented and is currently undergoing huge consolidation. Having a strong financial partner opens up huge opportunities for ChyronHego to be one of the consolidators.

To what extent have developments over the past 12 months informed current R&D efforts?

We are continually evolving our product roadmaps and R&D strategy to keep pace with market conditions and take advantage of ongoing advances in computing horsepower. Of course, the emergence of 4K broadcasting is having a huge impact on our customers, but we’ve always taken a ‘resolution-agnostic’ approach. That means our products can always deliver the highest quality results in any resolution, and they make it easy to upscale and cross-convert content between all major broadcast standards.

Another very large trend affecting our customers is the growth of many non-traditional means of distributing content. With a need to provide content not just to regular broadcast channels but also to multiple platforms, OTT, and streaming services, media enterprises are expected to do so much more with less. Therefore, we’ve focused R&D efforts around providing solutions that will help them deploy the most efficient workflows with the highest rate of return.

Sports graphics is an increasingly competitive sector, so what do you think are ChryonHego’s strongest USPs at this point?

Our sports customers need the best and most advanced tools for analysis and visualisation, but they’re also striving for efficiency and ease of use. These are the areas in which ChyronHego really excels. As case in point, we are the undisputed global leader in sports tracking technology that encompasses the entire graphics production chain from data acquisition to advanced visualization layers. Our TRACAB player tracking system uses advanced patented image processing to identify the position and speed of all moving objects in a sports arena, and in true real-time. TRACAB’s information-rich data offers a powerful tool for coaches to enhance team performance, and also gives clubs an exciting new revenue opportunity as new groups of stakeholders such as sponsors, broadcasters and other media discover the data’s potential for enhancing football fans’ experience.

How do you go about ensuring a constant dialogue with sports broadcasters and, more generally, ensuring that their changing needs are met?

We have forged a tight partnership with many of our sports broadcasting customers due to the week-in, week-out, round-the-clock nature of a typical sports season. For many, we’ve been working together for so long that they consider ChyronHego an adjunct member of their organisation. We’ve built close relationships on all levels with our sports customers and stay highly attuned and responsive to their needs, and many of their requirements feed directly into our R&D process for future product releases.

If you had to highlight one specific broadcast event that embodies ChyronHego’s strengths over the last year or two, what would it be?

Hands down, it would have to be NBC’s coverage of the 2014 winter games in Sochi. NBC used multiple Lyric PRO-powered Mosaic XL on-air graphics systems to provide stunning visuals and bring the games to life for viewers in ways that had never been done before. Plus, the NBC team told us that the combination of Lyric Pro and Mosaic XL greatly streamlined workflows and gave them the power they needed for faster playback and greater reliability.

To give a non-sports example, one of our most exciting recent collaborations was NBC’s Peter Pan Live!, which aired last December to an estimated TV audience of more than 9 million. The NBC and ChyronHego teams used our Lyric PRO system running on the Mosaic graphics platform to create the animated character of Tinker Bell and manipulate her appearance and interaction with live actors during the broadcast. In addition, our Virtual Placement solution was used to place virtual graphics into the live broadcast stream and create a seamless illusion for home viewers of the characters’ travels to Neverland. It was a great privilege to work with the visionary creative team involved in this project, and then translate their concepts into solutions that could respond, in real-time, to a highly dynamic environment with factors that constantly changed, even between each rehearsal take.

This year is an incredibly busy one for our company and the activity level continues to grow along with the enthusiasm for sports graphics systems such as TRACAB. With the start of the baseball season, one of our biggest-ever projects earlier this year was the rollout of TRACAB, together with our Replay Builder graphics visualisation tool and the TrackMan 3-D ball tracking system, to every major league baseball stadium in the US and Canada. With the ChyronHego technology live at all of the venues, teams can generate real-time data on factors such as ball acceleration, route efficiency, and distance covered. Plus, our broadcast partners can enhance their game coverage by generating exciting, data-driven replay graphics on the fly.

Can you give us a few hints of what we should expect from ChyronHego as we move into IBC ‘season’?

We’re excited about IBC2015. We expect to make some key announcements regarding company and technology acquisitions that will drive expansion of our product offerings. The overriding theme will be that ChyronHego offers the absolute best graphics software suite for broadcast television, with solutions that help our customers prepare for the coming 4K revolution and create larger numbers of captivating graphics without having to expand resources.

As a proud native of Sweden, I could not have been more thrilled when both the Swedish men’s and women’s cross-country skiing relay teams took gold in Sochi!