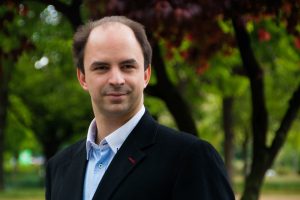 LiveLike’s live streaming platform is a white label platform that allows broadcasters to stream regular or interactive VR content under their own brand with or without a VR headset. The core of the platform has been brought together by a team of well-recognised and awarded leaders in sports, production, game design, software development and user experience. In our chat with Fabrice Lorenceau, co-founder & head of production, we were able to explore the exciting possibilities ahead…

In last year’s Sit Down LiveLike said that it was time for “a huge turning point for the industry” for VR. As cofounder, do you think these predictions have come to fruition? If so, how?

It certainly has in more than one way. First, we see new exciting hardware popularizing VR – Oculus Go, Vive Pro, as well as Mixed Reality headset entering the market. There is also exciting hardware on the horizon, such as Santa Cruz or Rift 2 prototype for instance, 8K VR headsets, light field cameras, etc.

Next, users year-over-year exploded. BBC communicated around having more than 300,000 people download their World Cup VR apps just halfway through the competition. We also reached nearly than 10 million views in India during the Indian Premier League. The growth is huge even if this is still just the start.

Thirdly, LiveLike is well on its way of tripling its revenues year-over-year and covered huge events just in the first half of 2018.

MR and AR are really coming into the picture. While I think people sometime pit them against each other, we see them as a continuum of Realities and Experiences that leverage similar technologies. They are very interconnected and generally advances in hardware or software for VR translates to progresses for AR and vice-versa.

Again, in 2017, LiveLike stated “we are working on integrating social features and everything that you usually do besides watching the game” and you told us to watch out for announcements. How is this social integration progressing?

Fabrice, as head of production, what are the challenges ahead – for VR in general, and for VR productions in particular?

LiveLike wants to provide the best experience to watch sports. We are strong believers that the future of media is a more ‘lean forward’ experience where users interact with the content and with each other. We want to bridge the gap between the gaming world and the sports broadcast world, gamifying the experiences to make sports more fun and engaging than ever. We want sports to be social and to facilitate this across all and any screen. We also want to make sports to come alive with AR and MR. Each of these is a big and long-term undertaking. They are also multi-disciplinary efforts where as head of video production, I work very closely with the tech, product and design teams.

The workflow put in place at the World Cup really had the signature of the workflows that I created for LiveLike, but what is challenging with VR Productions today is managing both a high level of innovation while also scaling at the same time. This means that while we work hard to streamline our workflows at the same time we often need to rethink completely our approach from the ground up. Sometimes it’s an iterative process like when we moved all our 180° workflows to 60fps and now with 360°. It was a much bigger change when we altered how we deliver graphics to be interactive – [so] more of the graphics are done on the client-side as opposed to inside the broadcast truck. This allows us to personalise content, adapt to different screen sizes, and open new avenues of engagement. We are also experimenting with technologies such as tiling delivery, 8k, light field/volumetric videos, and so on.

Are sporting organisations changing their demands for producers of VR/360 experiences? 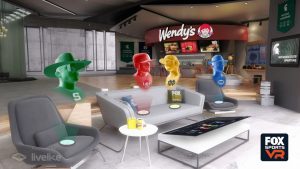 LiveLike had already covered major sport events such as Super Bowl LI, but in 2018 we took on work to help deliver entire competitions of a world-class nature, and not just one: IPL, French Open, World Cup, and more. At the same time, the market is maturing and broadcasters are pushing the envelope in more than one way. [Hence] higher resolutions, higher frame rates, more immersive sound, adding new VR platforms like Oculus Go, 6DoF, etc. LiveLike is also helping its partner to monetise the apps through creative sponsor activations.

The Tokyo Olympics will see 8K being available. Does that affect the solutions you offer to viewers?

VR is the screen that has the most to gain from 8K. You often hear consumers say they may not really be able to tell the difference between good HD, UHD and even 8K. Whereas when you listen to VR user feedbacks, they consider UHD as standard definition for VR. It’s the minimum resolution [where] VR users will clearly notice and benefit from an improved resolution. So 6K and 8K are going to be an important step forward. For this to happen at scale, there are many things that are occurring in the background at the encoding and delivery level to allow this to be done.