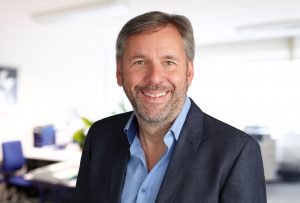 VIDI GmbH is a leading service provider and expert in technical consulting, project planning and systems integration in the converging broadcast and telecommunication industries. To address the specific needs of its national and international customers, VIDI has organised itself around four major business units: VIDI-Events for the transmission of live events; VIDI-SI for system integration services; VIDI-24, 24 hours/365 days a year service and support unit; and VIDI-PLUS specialising in the development of software as well as the resale of high quality broadcast products from selected manufacturers. The director of event services, Robert Oszvald, was keen to discuss the company’s participation in the coverage of the recent football tournament…

The Confederations Cup recently finished in Russia. Can you tell us about your involvement in this event?

VIDI was contracted by CJSC Synterra Media to provide the Video Adaptation Technology and Service between the four venues and the IBCC in St. Petersburg. Furthermore, VIDI provided 4x 10G Fibre connections between IBCC St. Petersburg and Frankfurt for International Unilateral Fibre Services. So whenever you saw live images from the Confederations Cup 2017, they probably originated from the live video network designed and operated by the VIDI engineers, which guaranteed signal transmissions.

To ensure this all worked, the VIDI team installed and thoroughly tested the adaption technology in advance at venues in Moscow, St. Petersburg, Kasan and Sochi. The carrier connections were realised via the network of the Russian telecommunications company, MegaFon. The local cooperation and contract partner for handling the entire project was CSJC Synterra Media.

To ensure the signalling pathways throughout the national network were protected against outages during the live transmissions, a complex network topology with redundant signalling channels was set up. This means that in the event of problems, it would be possible to switch to the backup channels using hitless switching technology without the viewers noticing anything.

VIDI engineers and some of our contractual partners were deployed in all game venues in Russia, as well as in the International Broadcast Coordination Centre (IBCC) at the stadium in St. Petersburg.

The audio and video data from the cameras in the stadiums were received in the IBCC, where it was processed and then forwarded. What’s more, extensive file services are also being realised via these connections. This represented a significant responsibility for our engineers, who were tasked with handling the signal transmissions sent from the individual stadiums to the IBCC and for forwarding around the globe to the many rights holders. Alone in Russia, the signals needed to traverse enormous distances. For example, the distance from St. Petersburg on the Gulf of Finland to Sochi on the Black Sea is nearly 2,000 km in a straight line.

The VIDI team was also responsible for many international connections, including to South America, Europe and of course Germany.

What lessons were learned that will help in next year’s World Cup?

We learned that Russia has a lot of young, very good and highly educated engineers. It’s no secret that we are proud of the fact that we will also be responsible for transmitting live images from the World Cup next year. You could say the Confederations Cup is sort of the first act, prior to the really big event next year in June. We are already looking forward to it.

How do you see remote production developing over the next one to two years?

We do see the possibilities of increasing remote production of the next years, but mainly in mid-size events. One of the particular challenges for the Confederations Cup related to a request from the public service broadcasters in Germany, who wanted to use the Cup for extensive testing of remote production applications in an international environment. This not only meant that production resources and operational responsibilities had to be relocated to Germany, as it also placed special requirements on the design and operation of the transmission capacities. The technical requirements for remote production could only be fulfilled if the flexibility of the international connections would allow an integrative realization of live video services, file services and IT applications.

With the integration of IT and broadcast technologies, are the colleges delivering graduates who are useful to companies like yours?

What is the secret to a good Network Management System?

Flexibility. Easy to handle. Fast switching. Integrations of different equipment. Going back to the Confederations Cup, the Network Management System (NMS) from VIDI was also the central tool in Russia for monitoring all signal connections and ensuring transmission quality. The detailed evaluations and network analyses of the system were a great help even during the network set-up phase, and this was also the case – but even more so – during the ‘action-packed’ phases of the live transmissions. In the IBCC in St. Petersburg and the network monitoring rooms at the game venues, access to the NMS monitoring system was set-up. The VIDI engineers had access to the monitoring results from each of these locations, and can also manage the network via this access.

Apart from the Confederations Cup, do you have another sports related case study that shows how you created an innovative solution to a challenge?

VIDI has been involved in the Confederations Cup 2013 in Brazil, as for the WC 2014 in Brazil and a couple of World Cup tournaments previously.