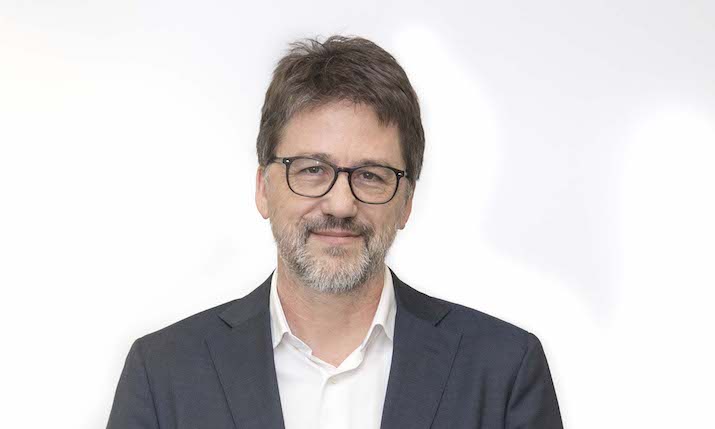 “Nobody in this business is working if they don’t love the job,” says Emili Planas Quintana, CTO at MediaPro. “What I love about my job is integrating creativity with technology within a budget.”

Quintana studied cinema at university. “In theory, I am closer to a cinema director than a CTO,” he says. His time as a student coincided with the shift to digital video. “Technology was very important,” he adds. “It was a period of discovering the technology to create content as a TV director or as part of the industry of content creation in video or cinema.”

After university, Quintana worked as a freelance camera operator covering small productions. “When I was a starving student, the school hired me to teach a course in post-production and camera operation,” he recalls. That led to a job offer from a medium-sized production company as a post-production operator. “One day, after the ’92 Olympic Games in Barcelona, another company called me and offered me a job as an engineer for OB vans,” he adds.

Quintana began covering rally car races with a small OB van with four cameras. The company began to grow, adding more OB vans, and was eventually acquired by MediaPro in 1996. Quintana has been with the company ever since.

His initial focus was on OBs, producing music concerts and covering sport on the weekends, primarily La Liga. He credits hard work and a focus on creativity for laying the path to becoming MediaPro’s CTO. “Basically, working day by day, taking on all the challenges, and never saying ‘no, this is not possible,’” he says. “Every time someone asks for something it’s because they need help to present a story. And technology should help them with that. Understanding that technology is nothing without the artists and the people who create the content; combining budget with technology with creativity; if you can manage this, you will have very good products.”

“Combining budget with technology with creativity; if you can manage this, you will have very good products”

Over the course of his career, Quintana has seen significant changes in the technologies used to make programmes. “There’s an interesting evolution in the story of connectivity between sources and destinations,” he says. “When we worked with analogue, producing a football match with six cameras needed a lot of time to fine tune all the signals, adjust the phases of synchronisation and make calculations of the cable length. The time needed for those kinds of productions was exactly the same as what’s needed to produce with 35 cameras today.” He notes that although technology has opened up many new possibilities, it still can’t change time. “You still have only 10 hours from the beginning of the process to the end of the match.” 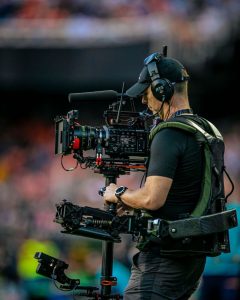 The biggest change he has seen in the industry is the drive to deliver more and more content to the end user. “Particularly in a sport that needs a lot of focus on special things,” he says. “If you watch golf, you probably don’t want to follow all the players, you’re only following one. But the traditional international feed is only capable of focusing on one of the players. A lot of sport needs this kind of multi-feed production. While this is technically easy to do by adding more resources to produce more feeds with traditional methods, economically it’s not feasible because the audience for each specific feed is not very large. You need to produce these inexpensively. Artificial Iintelligence systems and other technologies help a little bit. Currently they are not very precise, but they more or less work in providing something that can be acceptable in terms of quality.”

However, Quintana is realistic about the ability of technology to solve all production challenges. Human creativity needs to be involved as well. “Another challenge for content creators is how to present stories when you’re sending different content to different viewers,” he says. “You need to build a story: to have heroes; to have the bad guy and the good guy. This kind of thing helps a lot for the fans. It’s much more complex in terms of telling stories if you are sending different content to each user.”

Quintana believes that quality is defined by the value added to the viewers’ experience. “We are using augmented reality graphics in real time, using billboard placement to send different billboards to different parts of the world, working in UHD and HDR, and fine tuning each camera,” he says. “When you produce more and more, usually the quality decreases, and it’s important not to reduce quality. These new technologies permit us to go faster and to produce better without increasing the cost.” 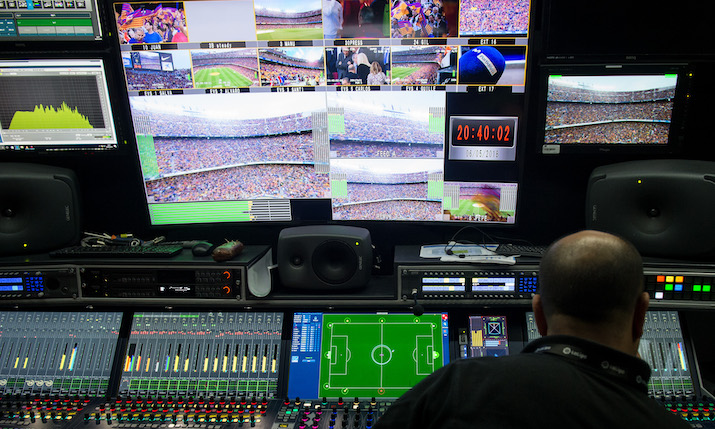 Virtual production technologies are on his radar. “Large screens with camera tracking to create three dimensional spaces opens the possibility to create a lot of different content with a reasonable budget,” he says. “Now the limits are the imagination of the creative people. Inside a studio, basically you can have the golden hour 24 hours a day. It never rains, the sun is in the perfect location, and you can repeat and repeat the shot. It is a little revolution for production. We will see how this evolves, and how it could solve the problem of needing to create much more content for OTT platforms.”

When looking at the future of production, Quintana believes that quality wins over quantity. “Six or seven years ago we began a discussion with everyone involved in sports production at MediaPro about the need for more cameras in our productions,” he says. “We concluded that we don’t need more cameras; what we need is better cameras. ‘Better cameras’ means special cameras that can add value by showing something difficult to see for the for the fans in the stadium or for the fans at home. For example, a sky camera flying over the field, or small cranes behind the goals, or super-slow-mo cameras with large lenses to follow details. When you get to the limits, you need to go better, not go more.”