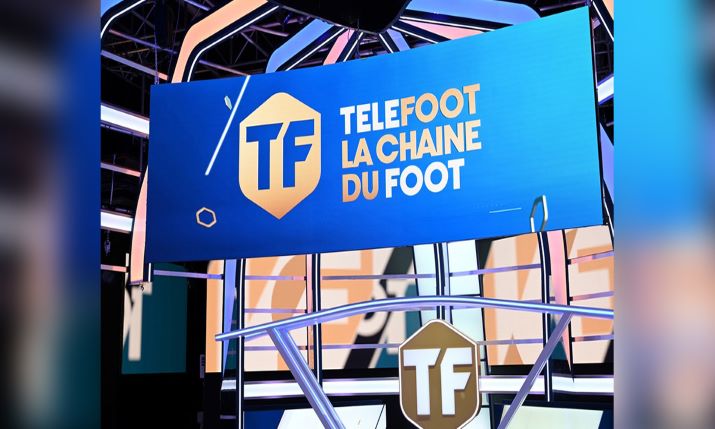 wTVision has worked with Mediapro to develop the visual identity and on-screen graphics for TF1’s new football channel Téléfoot.

The company’s creative team are behind all visual aspects of the TV and mobile station, and has implemented its concept into impactful broadcast graphics.

Everything from overlay and on-air graphics, video design and augmented reality being used on Téléfoot was conceived by wTVision’s designers, who created the identity of Telefoot and adapted it to a TV concept.

In addition, wTVision was responsible for the complete branding package, including self-promotional videos and trailers, bumpers and openers.

At the centre of the Téléfoot operation is wTVision’s Studio CG. Its video and graphics control system is responsible for the entire studio environment and live production of Téléfoot, offering a customisable workflow and an intuitive interface.

Both the on-air graphics and all augmented reality are controlled by Studio CG in a combination with R³ Space Engine, wTVision’s 3D render engine. This was possible thanks to the integration with StYpe’s Redspy tracking system, which is part of the solution for all virtual graphics.

The augmented reality solution is used in two studios and it includes virtual infographics. With this set up and by integrating with Stats Performance that provides real-time data, wTVision can generate immersive augmented reality graphics with official statistics.

wTVision’s Studio CG also provided two plugins to boost all of Téléfoot’s live show automation. With its NLE plugin – NLE Studio Editor – it developed a solution that allows editors to connect to our server, choose and fill in the template they want and automatically generate an animated template that is sent to Avid’s Media Composer.

Also, wTVision’s NRCS Plugin – NRCS Studio Reporter – allows journalists and editors to work with the INEWS newsroom system. The NRCS offers journalists the means to write their pieces, choose and fill in the graphics and send them to the timeline. The plugin is integrated with Stats Perform, so journalists can have graphics automatically filled with tables, results or scorers.