As a progress report on steps being taken to implement comprehensive broadcast loudness normalisation, the EBU-organised breakfast event held during this year’s IBC was both timely and concise. Two years after the publication of the EBU R128 Loudness Recommendation – which specifies normalisation of broadcast audio at -23 LUFS +/1 LU – the session featured a lengthy roll-call of implementations on TV services in countries including France, Germany and Austria. 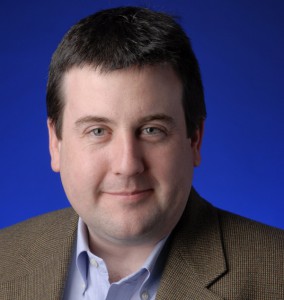 With the merit of the R128 and ITU-R BS1770 standards now widely accepted, ORF and EBU PLOUD group chairman Florian Camerer was able to declare with confidence that “the loudness train is now gaining speed”. But there was, too, a gentle warning that loudness correction had to be prioritised at the beginning of the chain.

Such an holistic approach to loudness also continues to preoccupy Tim Carroll, president and founder of TV audio control specialist Linear Acoustic. As an acknowledged authority on the loudness issue, Carroll has spent significant amounts of his time addressing related seminars and sessions – including, most recently, the Loudness Summit at the Royal Institute of British Architects in London on 16 December.

Speaking to SVG Europe a few days ahead of this appearance, Carroll confessed to mixed feelings about the ongoing need for such frequent publication examination of the loudness topic. “As much as I appreciate the chance to participate in these sessions, and without sounding ungrateful, I’m not sure they should be necessary at this point,” he says.

His gut feeling, however, is that they will continue to be required for some time yet, because while broadcast organisations “are generally moving towards standardisation and are aware of the requirements”, a fundamental process of re-education remains to be undertaken.

“My worry is that although some organisations might be satisfying the letter of the rules, they are at risk of ignoring content – particularly if they simply put in the old tools from the analogue days,” he says. “Making the customer happy [in terms of a basic cap on loudness] does not necessarily make the programme producer happy.”

Although a “belt and braces” normalisation philosophy might be understandable given the current climate, implementing creatively-complementary standardisation requires “a review of the strategic workflow, including changes to the content ingested.”

SVG Europe suggests that this is likely to require systematic re-training of broadcast audio personnel. “Absolutely – you nailed it,” says Carroll. “You have the loudness meter but you need to know how to use it. Don’t forget quality just to make a meter happy! Part of the message from organisations like the EBU now is to try to encourage people to understand that achieving quality in this area is more complex than it might seem at first glance. So yes, it does require retraining.”

The overriding objective, he says, must be to “introduce the right tools at every stage of the chain” – one that he thinks could be achieved on a widespread basis in 2-5 years. Generating non-destructive metadata will be integral to sensitive loudness correction, believes Carroll: “If the consumer does nothing, it gets applied; if the consumer – or producer, for that matter – wants to amend, they can do so.”

That said, the consumer’s overall understanding of the vagaries of loudness correction remains a moot point. “In general, I fear that the viewer’s main concern is that the audio doesn’t bark out at them.”

All of which means, of course, that the loudness debate – and the need for Carroll to appear at various public seminars – is bound to continue for some while yet. “If you had asked me 18 months ago I would have said that the end was in sight, but out of concern for preserving quality, it looks as if the issue is wide open once again.”