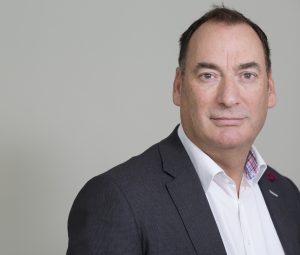 TVT has announced that a year after its acquisition of Amsterdam-based DMC (Digital Media Centre) the two entities have become TVT Media. The unified global content services powerhouse will showcase its content services through a single website at www.tvt.media.

The news caps a successful year of integration as TVT Media also announced that it now delivers 99 channels via its pioneering private broadcast cloud. Since acquiring DMC from AMC Networks International just over 12 months ago, TVT has launched a number of critical new services, expanded across the globe, and hired a number of industry-leading figures – all while creating a landmark end-to-end content management, media logistics and distribution offering.

Ian Brotherston, TVT Media’s chief executive, said: “This has been an eventful year in which we have taken some huge steps and transformed what were two businesses into a unified, dynamic force. We’ve done this by blending talent, extending already-strong capabilities, adopting the best technologies from each, and building on the experience and expertise both groups brought to the table a year ago.”

In the year since the DMC deal, TVT Media’s business has not only doubled in size but has seen a series of major milestones that have put the company in the premier league of content services:

– Chosen by ITV to provide a comprehensive content management platform for local and global markets;

– Opened a Los Angeles office to provide a local point of contact for major US-based players such as A+E Networks, Discovery and Hulu;

– Built a powerful end-to-end content services offering that takes clients from media onboarding, to enrichment, versioning and access services, onto channel and asset management, through to linear IP playout and on-demand video delivery.

“Linking all the elements of our business together over the past year has put us in a strong and largely unique position to address the full complexities of global content delivery across cultures, languages and regulatory environments – all while overcoming technical hurdles,” notes Brotherston. “We have now positioned ourselves to more effectively enrich, localise and publish content, delivering it in 50 countries and 40 languages.”

Under its new deal with ITV, which was announced in June, TVT Media manages media logistics, content preparation and access services through a unified platform for content distribution, linking closely with the ITV team and its partners to process more than 35,000 hours of content per year – including volumes being delivered to ITV Global Entertainment customers around the world.