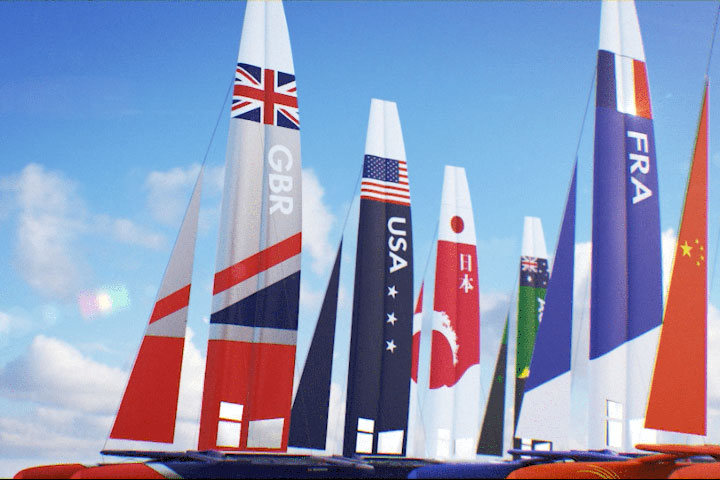 The three-year deal will see Whisper Films produce live coverage and highlights programming as part of what is being described as a “multi-platform broadcast experience”.

A core component of the SailGP coverage will be proprietary LiveLineFx ‘increased reality graphics’ technology.

It will be combined with footage from drones and 360-degree virtual cameras while sponsor branding will be superimposed onto the water for television viewers.

“Whisper Films will help translate SailGP’s dramatic live spectacle into a broadcast product that out-performs for both seasoned sailing aficionados and new fans around the world.”

The company has worked on branded content projects for the NFL, Premier League, F1 and Formula-E, and has contracts with the FA for BBC, US Open tennis for Amazon, Paralympics for Channel 4. It also produces magazine programmes for the International Hockey Federation and UEFA.

Channel 4 has an equity stake in the company.

Patel added: “At Whisper Films, we have made it our business to produce impactful, creative content for sports brands that break the mould. SailGP shares our philosophy of disruptive, high-tech innovation and uninhibited creativity. Together, we believe we will fundamentally change the way sailing is broadcast, and the way fans connect with the athletes.”