World RX ready to electrify the motorsport landscape in Norway 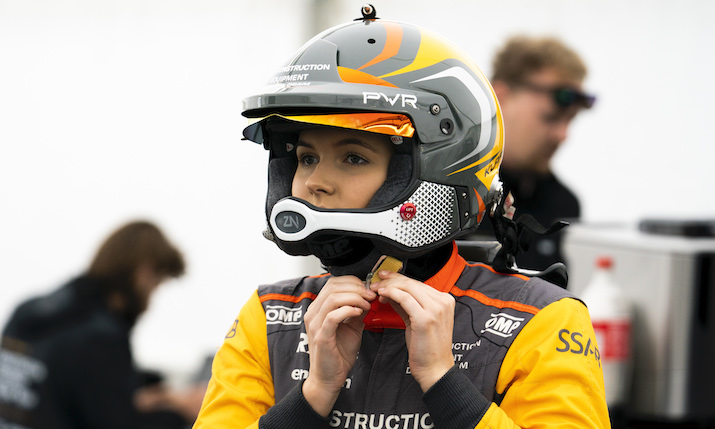 The FIA World Rallycross Championship is on the Road to Hell this weekend, for the start of the series’ eagerly anticipated electric era at Ramudden World RX of Norway (13-14 August). All of the on-track entertainment and off-track features will be broadcast live on RX+.

Following months of hard work behind-the-scenes, the championship’s ultra-powerful electric beasts – whose twin motors, pushing out 500kW (equivalent to 680bhp) and 880Nm of instant torque that will propel them to 100km/h – are ready to go hell for leather out on-track.

The Hell entry list is headlined by Volkswagen Dealerteam Bauhaus’ Johan Kristoffersson, who is chasing an incredible fifth Drivers’ crown behind the wheel of his Kristoffersson Motorsport-run Volkswagen RX1e. On previous form, the Swede will be tough to beat – but his rivals are high-achievers, too.

Timmy Hansen tied with Kristoffersson on points last season at the end of a nail-biting duel, so the Hansen World RX Team star will be more fired-up than ever as he targets a second title to add to his 2019 triumph. Younger brother Kevin Hansen, meanwhile, continues to go from strength-to-strength – as evidenced by an unparalleled seven podium finishes from nine starts last year – and is more than ready to step out of the shadow and grab his own share of the spotlight.

Niclas Grönholm enjoyed his finest campaign to-date in 2021 – matching Kristoffersson for wins on his way to third in the overall standings – and the Finn will lead the Construction Equipment Dealer Team charge. His team-mate Klara Andersson is the first permanent female competitor in World RX history, and great things are expected of the highly-rated young Swede who shone in the supporting FIA RX2e Championship last season.

The undulating Lånkebanen circuit will celebrate its return to the calendar following a three-year absence with a full bill of rallycross entertainment, as the stars of RX2e, Euro RX1 and Euro RX3 – including Olympic skiing legend Aksel Lund Svindal and fans’ favourite Andreas Bakkerud – similarly prepare to head into battle.

Arne Dirks, executive director, Rallycross Promoter, said: “I feel a bit like a kid at Christmas, to be honest, waiting to see these ground-breaking electric World RX cars race for the first time. Ever since we took over as championship promoter, we have been very clear about our commitment to a more sustainable future and we have been working tirelessly towards this day.

“This is a totally fresh start for World RX, and one that will disrupt and transform the motorsport landscape by demonstrating the outstanding potential of this pioneering new technology. Seeing the cars hit the track in Hell is going to be a very proud moment for everybody involved – and the start of what I have absolutely no doubt will be an amazing adventure for this great sport.”

Bill Law, head of brand, marketing and communications at Volvo, said: “The transformation to electrification is a thrilling and vital turning point for motorsport and one we are honoured to play a part in bringing to the global stage. We ourselves are no strangers to change and have been leading the way with electric machines that drive our own industry forward and push the boundaries for high-performing sustainable construction solutions.

“Our collaboration with World RX as Official Construction Equipment Supplier and Track Building Partner mirrors our ambition to drive awareness of electric power and build the world we want to live in. Change starts here and it’s set to be an adrenaline-fuelled revolution.”

James Weekley, general manager – motorsport at Cooper Tire & Rubber Company Europe, said: “We are excited to be part of a defining moment in world motorsport. The electric era of the FIA World Rallycross Championship is the perfect platform for Cooper Tire to showcase its world-beating tyre technology and commitment to a more sustainable future.

“Rallycross is one of the greatest challenges in motorsport for a tyre manufacturer – developing a range of products that deliver exceptional performance on both sealed and loose surfaces while dealing with the incredibly high demands of the discipline’s fast and aggressive nature is exceptionally difficult.

“With the switch to electric powertrains delivering close to 900Nm of instant torque, Cooper Tire has developed a new ACB11 rallycross tyre which takes performance to new levels while utilising sustainable materials and manufacturing techniques. These are very exciting times for the sport, and we’re very much looking forward to seeing the cars hit the track for what we are sure will be some intense and thrilling racing.”