The Broadcast Academy from HBS will continue with its virtual panel discussions and educational efforts on 15 September with a look at how commentators and on-air broadcasters approach their craft.  The session will discuss the impact of Covid-19 on both editorial and practical aspects of broadcasting, focusing on live sports commentating, the changing role of commentary in an age of social media and adapting to changes in broadcasting and a more complex sports world. The rise of technology has an impact on broadcasting that has enabled the fans to select commentaries focusing on particular players or teams ─ the panel will touch upon the latest technological innovations in the field of sports commentating. The panel will also discuss the 2020 US Open experience and give you an insight into the upcoming 2020 Roland-Garros.

Below is the lineup of speakers: 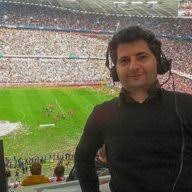 Moderator: Andreas Evagora, Coordinating Producer & Commentator & Broadcast Academy Alumni : Andreas has extensive experience in live television, having produced world feeds and international broadcasts for Eurosport, and worked as one of the producers at the FIFA World Cup in 2014 on the ‘‘Match Day -1’’ feed and for Eurosport during the 2018 Winter Olympics. He has also managed large commentary teams and commentated on hundreds of live football matches, as well as sports including volleyball, tennis, gymnastics and ski jumping.

John Helm, Sports Commentator: A former Head of Outside Broadcasts for the BBC, John has commentated on more than 20 sports during a radio and television career spanning almost 50 years. He has commentated at Olympic Games, Commonwealth Games, Asian Games, 10 FIFA World Cup events and numerous golf events around the world. He has also been involved with the Broadcast Academy in the past, conducting courses in numerous African countries. 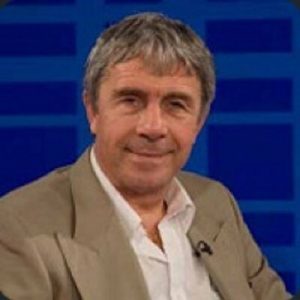 Simon Reed, Head of Commentary, Eurosport : Simon Reed has become one of the undisputed voices of tennis. Since 1995, he has been Head of Commentary for Eurosport and has taken viewers through the most memorable moments in the sport over the past three decades. From the ferocious atmosphere of a Davis Cup final to the red clay of Roland-Garros, Reed has an engaging way of sharing the story of a tennis match. He has also commentated on Commonwealth Games, Asian Games and 15 Summer and Winter Olympics Games.