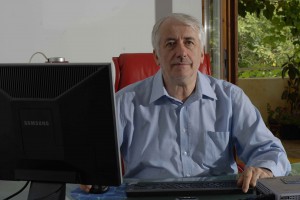 Leonardo Chiariglione has helped lead the efforts on development of HEVC.

“HEVC (High Efficiency Video Coding) is the latest video compression standard being developed by MPEG and it has been shown to have compression capabilities 50% the previous AVC video compression generation, in some cases above 60%,” explains Chiariglione. “This means that you can get the same performance (quality) of AVC at half the bit rate. MPEG will release the HEVC specification in January 20013.”

The improvements in bandwidth efficiency will open up new opportunities for everything from mobile handsets and tablets to BluRay and even Super HiVision 8K (7680×4320) which is 16 times today’s HD 1080, or 4K (3480×2160). The MPEG Group is also investigating the use of HEVC for coding of 3D Stereo using technology referred to as “Multiview Video Plus Depth.” In that instance the HVEC can be used by a 2D HDTV to set a“bi-dimensional baseline” view and, if used in conjunction with MVC (Multiview Video Codec), can handle a stereo signal with a lot less data than currently required and even deliver a 3D auto-stereoscopic TV signal.

The new HEVC, heir of AVC format, may become a good ally of the efficient and diffused present DVB-T2 in order to lend a helping broadcasters deal with the upcoming DVB-T frequency shortage that is expected to hit countries like Italy in 2015.