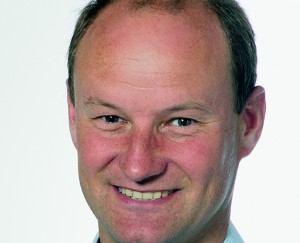 Saturday’s FA Cup Final ­– which witnessed an emphatic 4-0 win by Arsenal over Aston Villa – was notable on a technological level, too, thanks to BBC Research & Development’s undertaking of a 4G broadcast trial. Involving the input of EE and other partners, the trial follows an earlier BBC project which entailed the first live UK demonstration of 4G Broadcast during the 2014 Commonwealth Games.

4G Broadcast is used to refer to the broadcast mode already built into 4G (and also known as LTE eMBMS). This broadcast mode has the potential to offer efficiency benefits where there are multiple users consuming the same content in a given area, compared to transmitting several unicast streams of the same content individually. This is particularly relevant around busy venues such as Wembley, where many people might be interested in viewing the additional content such a service could offer, or prefer to watch on a mobile device. If the mobile network tried to supply them all with individual streams, there is a risk the network could become congested, and the viewers might experience interruptions to the content and ‘buffering’. Therefore, 4G Broadcast offers the potential to supply mobile viewers with good quality uninterrupted streams, no matter how many people are using the service at the same time.

Because this 4G Broadcast mode is already built into the 4G specifications, some of the latest handsets now incorporate the necessary hardware to decode the signals. At the moment, special firmware and software must be loaded onto these before the signals can be watched, but once it becomes more commonplace, the devices could be delivered with it pre-installed.

For the Cup Final, EE wanted to trial this technology with invited industry guests in Wembley Stadium. A specially developed app allowed these guests to see three live feeds, as a well as a selection of replays of key moments from multiple camera angles, all under the control of the viewer – if you wanted to have just one more look at that replay of the goal, you could do so, even if the main broadcast had gone back to the live action. In addition to working with EE and the other partners to bring all of the live feeds and action replays to the mobile network, BBC R&D worked with BBC Sport to create a bespoke version of the BBC Sport app which connected directly to the 4G Broadcast signal. This trial used a number of specially enabled tablets to allow the guests to see high quality versions of the live feeds, as well as the action replays.

The other partners involved in this landmark trial were Qualcomm, Huawei, EVS and Intellicore.

Looking ahead, BBC R&D principal engineer – Distribution Core Technologies, Chris Nokes, commened: “BBC R&D will continue to explore this 4G Broadcast technology, both to work out how the BBC might bring such experiences to viewers on a more regular basis, as well as working with others in the broadcast and mobile industries to see how the technology might be enhanced even further in future generations of mobile devices.”