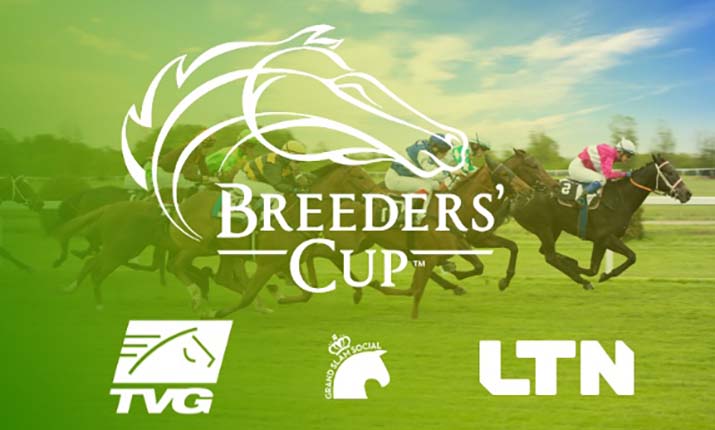 Shona Rosenblum, principal at Grand Slam Social, reported that net audience growth for Breeders’ Cup increased by 48% with the aid of Wildmoka

US horse race organiser Breeders’ Cup has revealed how it used Wildmoka to publish content and boost net audience growth by just under 50%.

With an increase in the volume of content published via Wildmoka, Breeders’ Cup boosted engagement and video views around contender content which contributed to an increase in online wagering.

In 2020, Breeders’ Cup, its digital agency Grand Slam Social and betting partner TVG/FanDuel were facing a set of challenges, as COVID-19 meant fans and bettors could not attend the event in person. At the same time, Breeders’ Cup wanted to up its social media game and be the first to publish results, highlights and other shoulder content ahead of other providers. Unfortunately, it did not have the capacity to publish all this video manually.

Shona Rosenblum, principal at Grand Slam Social, summarised what the companies were looking to achieve:

To achieve these goals, the 2020 Breeders’ Cup World Championship saw Breeders’ Cup and Grand Slam Social turning to LTN Networks for the IP video infrastructure and Wildmoka to provide a ‘digital media factory’ that would help publish this content.

Betting company TVG provided content including races, talk shows and shoulder content which was delivered to LTN Global. LTN then passed these streams to the Grand Slam Social/Breeders’ Cup team, who used Wildmoka to edit and publish clips.

Rosenblum reported that during the two day event, Breeders’ Cup produced in the range of 500 social media posts across various channels and over 1000 throughout the week. This significantly improved previous workflows which required nearly 10 minutes to get a single video highlight posted to social and digital, long after others already published content to market. With Wildmoka, that time reduced to less than one minute.

Rosenblum commented: “Wildmoka technology allowed us to be first to post for the first time. This set us up to break the news of our champions and celebrate their wins before all other media. It was a banner year for social media impressions, engagement and video views.

“It was super easy to use and streamlined our process to publish to multiple destinations. For Breeders’ Cup, Wildmoka was a no-brainer.”

Because Wildmoka is a cloud-based SaaS platform, Rosenblum’s team of editors could work from home using a web browser to do all the editing and publication, there was no need to install special software. They could then access a variety of content feeds from the field, provided by TVG or linear TV, as if they were working at the office.

The ability to publish more content faster had a major impact on the Breeders’ Cup’s KPIs. Compared to the previous three years, Rosenblum reported that:

One of the most popular content pieces was the daily Morning Show during the week of the Breeders’ Cup. Wildmoka let editors clip extracts of shows and add in sponsor logos and tags in real time. This bolstered value to their sponsors, boosted loyalty and drove conversations around betting that could be correlated to increased handle at Breeders’ Cup as compared to the last time the event was held at Keeneland.